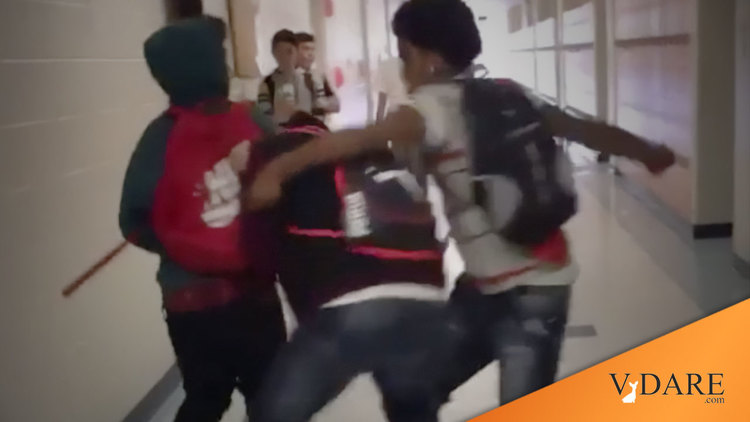 Earlier: Nicholas Kristof, NYT: "If Only There Were A Viral Video Of Our Jim Crow Education System"

Contra Nicholas Kristof [Email him] there are lots of viral videos of what our "Jim Crow" de facto segregated school system. They show black kids beating other black kids, beating their teachers, and beating white kids.  This was the subject of the book White Girl Bleed a Lot by Colin Flaherty, and many articles here and in American Renaissance.

Years ago, before viral videos, Steve Sailer proposed a way to prevent white kids from growing up with racial prejudice.

His article was called Preventing Kid Prejudice: The Sailer (One Point) Plan

1. Don't let your children get beaten up by underclass minorities.

That link is still good. Read the story behind it.

Of course, some of those "viral videos"—and Colin Flaherty's YouTube Channel, and his book—keep getting deleted by Tech Totalitarians: 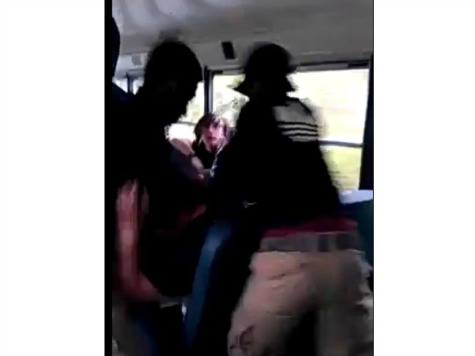 The victim of the attack had been riding home from Parkway Academy School near Dover when the assault reportedly began. The video shows him sitting alone, facing front, when the attack begins from the rear—and continues from the side and the front of the school bus. “I didn’t do nothing,” he protests

The videos below, undeleted so far, show beatings at black schools, one of them named after Frederick Douglass. It's why white parents don't send their kids to these schools if they can help it.