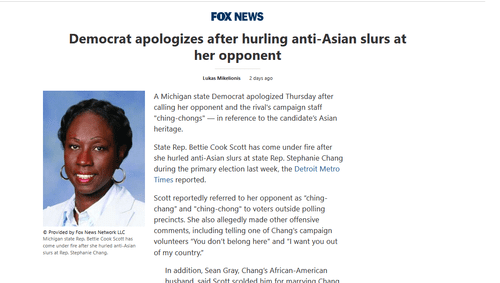 Coalition of the Fringes Not Getting Along, Part 83,641— Asian-Black Relations Are The Absolute Worst 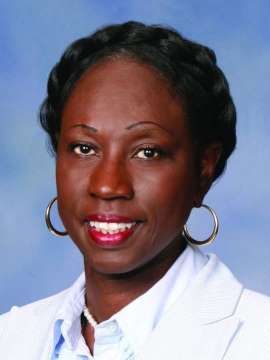 A black Michigan state rep called an Asian state rep "ching-chang" and "ching-chong" in the heat of their battle for a state senate seat.[ Democrat apologizes after hurling anti-Asian slurs at her opponent,  By Lukas Mikelionis, MSN, August 17, 2018]

Bettie Cook Scott also declared (somewhat correctly) that "these immigrants from China are coming over and taking our community from us."

The opponent, Stephanie Chang, took offense, as did everyone else.

It didn't help Chang that she married a black man (unusual move for an Asian woman)—Scott only upbraided the black man for racial disloyalty. 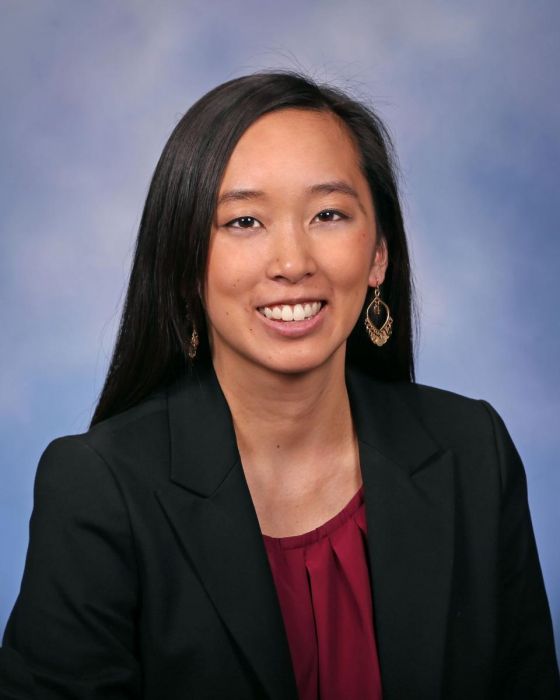 Which, you know, some of us understand.

In my years of observing race relations from Kansas City to New York City, I can tell you that Asian-black relations are the absolute worst.  This may be because they're on opposite ends of the IQ-and-behavior spectrum.

I've seen black teenagers use the exact same abusive language against Asians on the D train, and Asian discomfort with blacks—especially when the blacks barge in to their neatly-kept stores—is palpable.

You almost need to draw up a wall-size chart of the Democrats' "coalition of the fringes" incompatibilities.  It's enough to make you wonder how smart Republicans are to keep telling themselves that diversity is our greatest strength.