Carl Bernstein: Hillary Scandals Not In The "Same League" As Watergate—They're Worse, But There Won't Be A Leftist Coup This Time

Not to minimize her reckless and mendacious handling of email-server matters --but altogether different league than watergate.

For those of you who missed it in Modern History class, Carl Bernstein, now 73, is the investigative journalist who was "co-winner" of a Pulitzer in 1973 for Washington Post reporting that is generally credited (incorrectly) with bringing down Richard Nixon—and thus winning the Vietnam War for the North Vietnamese.

What actually brought down Nixon was a combination of an aggressive Democrat dominated Senate, and behind the scenes leaks by FBI official Mark Felt, with whom Bernstein's writing partner Bob Woodward  had secret meetings and referred to in the Post by the code name "Deep Throat". Pat Buchanan, who was there at the time, has lots of writing on this:

What Nixon was accused of was lying to the American people about the actions of his men, and of attempting (but not succeeding) in using the IRS against his political enemies. Why did he think this was a possible tactic for a President to use? To quote David Frum's book about the 70s "...although nobody ever proved any political connection, it is an odd coincidence that private citizen Richard Nixon was audited three times between 1961 and 1968." 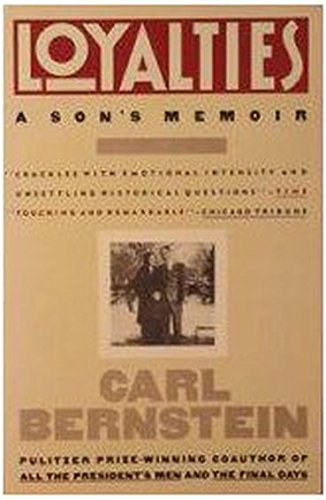 There are a thousand worse things that Hillary has done, just starting with the emails.  Nixon's failed attempt to use the IRS against his enemies came true in 2012, when IRS employees acted as attack dogs against the Tea Party, possibly tipping the election to Obama:

Hillary's personal finances are about a hundred times as corrupt as Spiro Agnew's. Agnew was accused of receiving $100,000 in bribes, Bill and Hillary are worth about $70 million, mostly from de facto bribes, and their Foundation has taken in hundreds of millions of dollars.

As for Bernstein,  the public learned only in 1989—when he wrote about it himself--Bernstein was brought up in a Communist household that supported Communist espionage.

The promo copy for his memoir "Loyalties" on his own website says that "Both of Bernstein's parents had Communist Party affiliations in the 1940s."

And that is who helped the Democrats deliberately lose the Vietnam War.