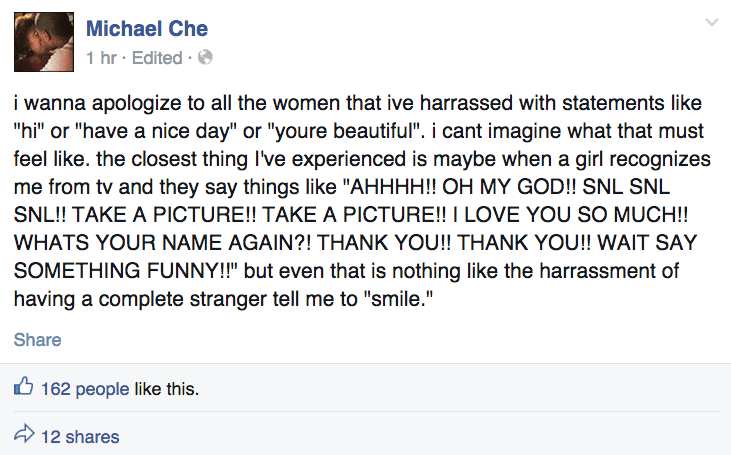 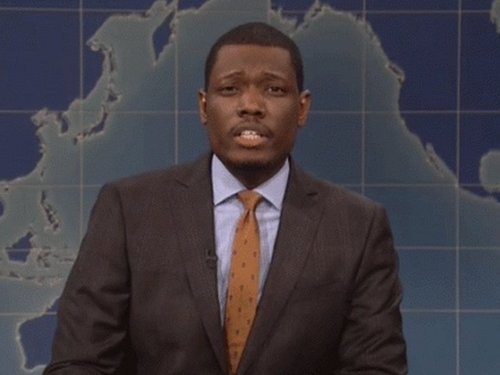 One of the most pressing problems of our day is Diversity among the cast of Saturday Night Live. For example, recently SNL was feted for hiring a woman to be Weekend Update anchor. But ratings are down so she got dumped a few weeks ago. But they brought in a black man, Michael Che, to be the new anchor, so that muted the SJW criticism of the sexism of firing a woman.

But, that doesn’t mean Che is home free. People like him who are Professional-Level Funny have a hard time taking seriously today’s obsessions. So, Michael Che is already in trouble for not taking the video of a woman walking through New York and getting catcalled by unemployed (black) guys as somberly as This Great Crisis of Our Age demands:

Yesterday, a video about catcalling took over the internet.

It was taken from the perspective of a woman who walked around Manhattan with a camera, and documented the times when she was catcalled, spoken to, whistled at, or commented on.

It happened 112 times. Women on Twitter and Facebook were commiserating with the filmmaker, and many men and women were surprised that this kind of attention is unwanted, or even considered to be harassment.

The video has been viewed more than 6.5 million times.

Men including SNL star Michael Che, who took to Facebook to comment the following. He likens the catcalls to times when people come up to him on the street, recognizing him from SNL. The amount of “likes” on the post is concerning, as were some of the comments from women and men below his statement. …

He then posted to Facebook again, using a somewhat sarcastic approach.