Ever hear someone say something like, “Hey, wow, great news everybody! Racism’s over! We fixed it!” … Yeah, it seems there’s still a little something called systemic racism—and it’s real.

Racism at Every Level of Society

Systemic racism is about the way racism is built right into every level of our society. …

While fewer people may consider themselves racist, racism itself persists in our schools, offices, court system, police departments, and elsewhere. Think about it: when white people occupy most positions of decision-making power, people of color have a difficult time getting a fair shake, let alone getting ahead. Bottom line: we have a lot of work to do.

Here are seven ways we know that systemic racism exists.

Perhaps black and Latina women are being financially exploited by purveyors of delicious but expensive and fattening ice cream? Perhaps they should cut back on expenditures on unhealthy luxuries?

Ben & Jerry’s (a Unilever brand since 2000) founders Ben Cohen and Jerry Greenfield were both born in increasingly diverse Brooklyn in 1951. Their parents soon moved to Merrick, NY on Long Island (Merrick was 95% white in the 2000 Census), where they met in 7th grade gym class and found they had much in common.

They chose to move in 1978 to Burlington, Vermont, 45 miles south of the Canadian border. Why? For roughly the same reason Brooklyn-born Bernie Sanders had moved to Burlington a decade before: Vermont’s Diversity! 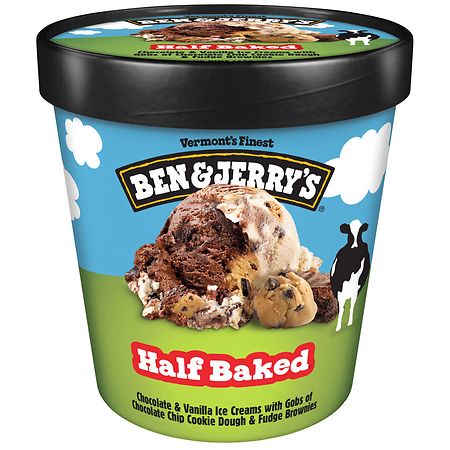 What Is Implicit Bias and What Can We Do About It?

Picture it: you’re rolling into your favorite local Scoop Shop primed to experience some much-needed ice cream euphoria. There are tons of flavors to choose from, of course, but that doesn’t stress you out—because you know exactly what you want: Half Baked. Why worry about any other options when cookie dough chunks and brownie bites taste so so good together?

But… have you ever thought about WHY you feel the way you do? Don’t get us wrong: we love Half Baked too. But how is that we’ve become conditioned to believe that certain things, like brownies and cookie dough, or peanut butter and jelly, go together perfectly while others don’t?

Maybe the bigger question is, what are we missing by never challenging our deepest assumptions?

Obviously, it’s just social conditioning that Ben & Jerry’s sells, for example, Chocolate Peanut Buttery Swirl ice cream. Human beings could be socially conditioned to like any two flavors together as much as they tend to like Peanut Butter & Chocolate.

Therefore, in 2018, Ben & Jerry’s will be challenging our deepest assumptions about what tastes good together with a new line of Anti-Stereotypical Ice Creams. Flavors include: