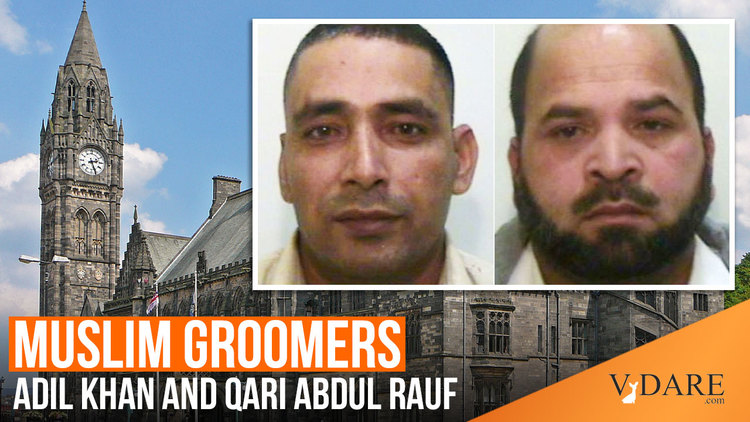 See, earlier: NYT: The Ultimate Danger Of Rotherham Is "The Stereotype Of The Asian Abuser And The White Victim"

A man who was part of a grooming gang which preyed on vulnerable young girls has complained about his treatment in Britain at an immigration hearing.

Adil Khan, 51, said he was “surviving” on benefits at a tribunal hearing to deport him back to Pakistan.

Both men are appealing against the decision to deport them.

Khan and Rauf, who had dual UK-Pakistani citizenship, have previously been told they are to be sent back to Pakistan for the public good after they were convicted of a catalogue of serious sex offences.

Khan got one girl, 13, pregnant but denied he was the father, then met another girl, 15, and trafficked her to others using violence when she complained.

He was sentenced to eight years in 2012 and released on licence four years later.

At the immigration tribunal hearing to discuss his case, Khan complained about having no rights in the UK.

Speaking through a Mirpuri translator, he said: “But I cannot exercise any rights in this country as an individual. I cannot do anything for my family, I’m just surviving on my son’s benefits.

“I cannot take my son to school if it is raining, we cannot afford a taxi.

“The police informed me about a month ago that they have cancelled my driver’s licence, according to the Home Office instructions.”

Judge Nehar Bird, chairing the hearing, told Khan the tribunal was “to decide whether the Home Office decision to deport you back to Pakistan is right or wrong, in law”.

Rauf, a father-of-five, trafficked a 15-year-old girl for sex, driving her to secluded areas to have sex with her in his taxi and ferry her to a flat in Rochdale where he and others also had sex with her.

He was jailed for six years and released in November 2014 after serving two years and six months of his sentence.

This guy is going on 7 years without being deported.

… The hearing was adjourned until 29 November.