Machines keep getting smarter and more capable of performing jobs formerly done by humans. One recent upgrade to self-driving tech comes from MIT where they have figured out how the cars can maneuver country lanes. Up to this point, companies like Google have tested their vehicles in big cities where they have mapped the exact 3-D positions of lanes, curbs, off-ramps, and stop signs. Meanwhile, rural roads may not even be lit or have a white stripe down the middle. 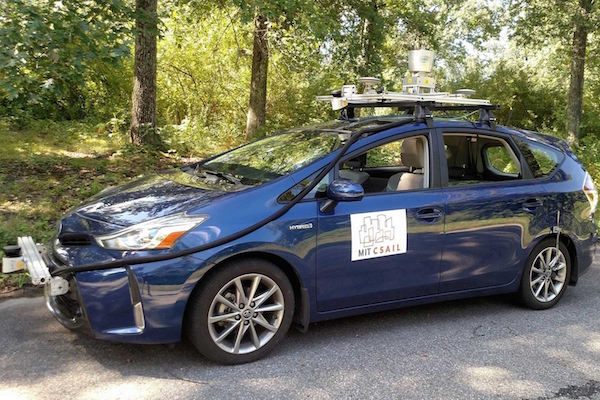 An estimated 3.8 million Americans drive for a living, and while many of those jobs are on city streets and well marked freeways, cabs and delivery vehicles travel country roads also. So the job loss from autonomous vehicles is looking to become more widespread.

A 2013 report from the Center for Immigration Studies, Are There Really Jobs Americans Won’t Do?, found that among taxi drivers and chauffeurs, 42 percent are foreign born. But with advanced autonomous cars coming on strong, low-skilled immigrants who are capable of only simple tasks like driving are fast becoming obsolete.

MIT built a self-driving car that can navigate unmapped country roads, TheVerge.com, May 13, 2018

Taking the road less traveled is extremely difficult for self-driving cars. Autonomous vehicles rely on highly visible lane markings, as well as detailed 3D maps in order to navigate their environment safely. Which is why most of the major companies have eschewed testing on unmapped rural roads in favor of suburbs and cities.

Researchers at MIT’s Computer Science and Artificial Intelligence Laboratory (CSAIL) have developed a new system that allows self-driving cars to drive on roads they’ve never been on before without 3D maps. Called MapLite, the system combines simple GPS data that you’d find on Google Maps with a series of sensors that observe the road conditions.

This allowed the team to autonomously drive on multiple unpaved country roads in Devens, Massachusetts, and reliably detect the road more than 100 feet in advance. (As part of a collaboration with the Toyota Research Institute, researchers used a Toyota Prius that they outfitted with a range of LIDAR and IMU sensors.)

“The cars use these maps to know where they are and what to do in the presence of new obstacles like pedestrians and other cars,” says Daniela Rus, director of MIT’s CSAIL, in a statement. “The need for dense 3D maps limits the places where self-driving cars can operate.”

MIT explains how its system operates without relying on 3D maps:

MapLite uses sensors for all aspects of navigation, relying on GPS data only to obtain a rough estimate of the car’s location. The system first sets both a final destination and what researchers call a “local navigation goal,” which has to be within view of the car. Its perception sensors then generate a path to get to that point, using LIDAR to estimate the location of the road’s edges. MapLite can do this without physical road markings by making basic assumptions about how the road will be relatively more flat than the surrounding areas.

If it ends up going commercial, MIT’s MapLite would go a long way in fulfilling one of the mandates from the Trump administration: that the safety benefits from autonomous driving be extended to residents in rural communities.