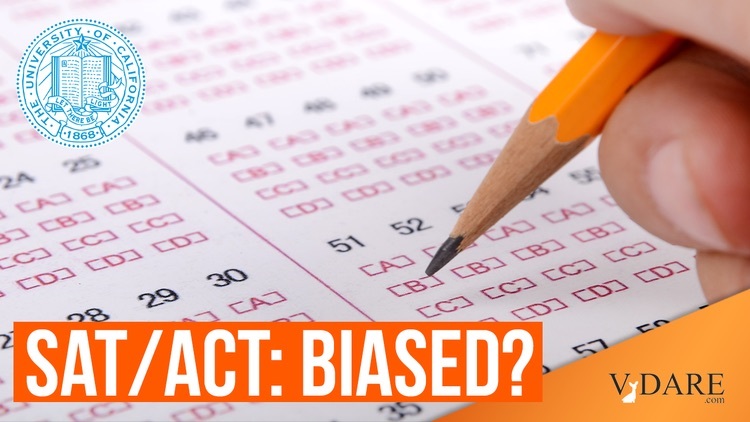 Earlier: Judge Bans U. of California from Using SAT/ACT Tests Because Racism Less famous than the SAT college admissions test, but comparably popular is the ACT. The SAT is concocted in Princeton, New Jersey while the ACT is from Iowa City, Iowa. Both have become considerably more national in recent decades, but retain to some extent their regional biases: the SAT is more popular on the coasts, the ACT in middle America. But Asian dominance is growing on both the SAT and ACT.

In this graph from ACT.org’s data visualization tool, in 2011 Asians averaged 23.6 while whites averaged 22.4 for an Asian advantage of 1.2 points. (The ACT is scored on a 12 to 36 scale with a mean for all races in 2019 of 20.7 with a standard deviation between 5 and 6 points.) I’m using 2011 rather than 2010 as the starting point because Native Hawaiians and other Pacific Islanders were lumped in with Asians through 2010.)

The Asian-white gap had grown from 1.2 points to 2.5 points in just eight years.