AP Says Trump's Deportation Idea Is Impossible—Here's Why They're Wrong

The Associated Press has a story attacking Trump's suggestion that illegals be deported:

By JILL COLVIN and ALICIA A. CALDWELL

NEW YORK (AP) — In one of his first forays into policy as a presidential candidate, Republican Donald Trump calls for the deportation of all 11 million people estimated to be living in the country illegally while allowing the "really good people" to return.

It's a plan Trump offers with few specifics — and one complicated by the messy realities of the nation's immigration system.

Such an effort may be more difficult than Trump realizes because deporting so many people means finding them first. The government does not know the identities of many of the millions of people who have come into the country illegally or remained after their legally issued visas expired. Locating immigrants who don't have a legal immigration status has stymied officials for decades.

Deporting them all "is impractical and is opposed by a large majority of Americans," said Clint Bolick, an Arizona lawyer who co-authored a book on immigration policy with former Florida Gov. Jeb Bush, himself a GOP presidential candidate.[More]

I said that they were “Forging” A Solution To A Visa Problem That Doesn’t Exist—By Fudging The Facts.

However, we've disposed of the idea that deportation is unworkable and impossible in many, many articles.

Chingo Bling is a Texas-born rapper—his album cover is the image at the top. George Will had said in 2006 that no-one could deport "11 million" illegals, because "They would fill 200,000 buses in a caravan stretching bumper-to-bumper from San Diego to Alaska"—which is only true if they all left on the same day. It must be possible for all those people to move from one country to another—it's already happened once.

Of course, what we really suggest is "attrition through enforcement"—deporting some people, and stopping others from working illegally and collecting benefits.

Mitt Romney, generally an immigration wimp, famously referred to “self-deportation” in a debate.

Self-deportation is an odd phrase—what it really means is going home. If you've ever been to another country, and you're not there now, you have self-deported.  Immigrants frequently love their native country more than America, and are glad to go home:

There used to be 35,000 pigeons in Trafalgar Square until 2003. People would feed them—with birdseed sold by birdseed sellers. 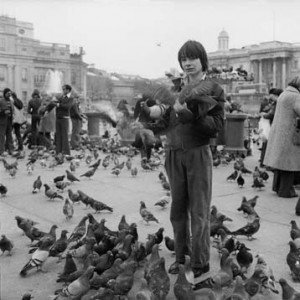 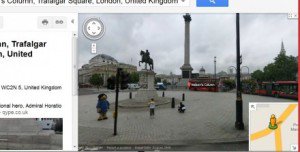 I described the process in a 2012 article:

In the year 2003, Red Ken Livingstone, the Mayor of London, declared a Year Zero on the Trafalgar Square pigeons, and got rid of them.

You may be wondering how he did this.

Here's what he did:

HE STOPPED FEEDING THEM!!!