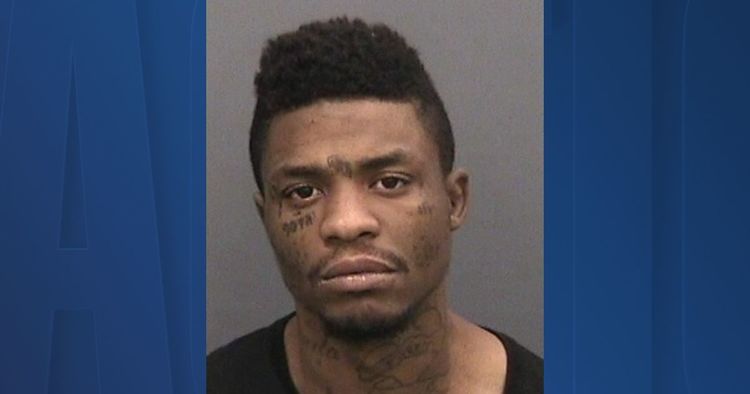 The late Sam Francis described it as thus: “we refuse to control real criminals (that’s the anarchy) so we control the innocent (that’s the tyranny).”

Is there a better example of Dr. Francis’ concept than this?

TAMPA, Fla. (WFLA) – An inmate who was released from the Hillsborough County Jail in an effort to slow the spread of coronavirus is back behind bars and accused of committing second-degree murder the day after he got out of jail, deputies say.

They say he is connected to a March 20 shooting homicide in the Progress Village area. Deputies responded at 10:40 that night to several 911 calls about gunshots fired near 81st Street South and Ash Avenue. A man was pronounced dead at the scene.

“There is no question Joseph Williams took advantage of this health emergency to commit crimes while he was out of jail awaiting resolution of a low-level, non-violent offense,” Sheriff Chad Chronister said in a statement. “As a result, I call on the State Attorney to prosecute this defendant to the fullest extent of the law.”

“Judges, prosecutors, and Sheriffs around the country are facing difficult decisions during this health crisis with respect to balancing public health and public safety,” Chronister said. “Sheriffs in Florida and throughout our country have released non-violent, low-level offenders to protect our deputies and the jail population from an outbreak. Our commitment as an agency is to keep this community safe and enforce the law.”

Williams appeared Tuesday afternoon in video court for his new charges: second degree murder with a firearm, a gun charge and resisting an officer.

After his court appearance, he is now being held in jail with a combined bond of more than $250,000.

“Every murder, every violent crime, especially those involving a gun, is a sickening example of the worst in our community, especially at a time when our community is working relentlessly to fight against the spread of this deadly COVID-19,” Chronister said.

Joseph Edwards Williams is a black male who was arrested for possessing heroin on March 13. He had a rap sheet with 35 prior arrests:

James Edward Williams was considered a “low-level” offender, but the 26-year-old is no stranger to the criminal justice system.

He’s been arrested 35 times, according to the Hillsborough County Sheriff’s Office, and was previously convicted of felony burglary and several misdemeanors. [Man released from jail because of COVID-19 accused of killing someone the next day, WTSP.com, April 14, 2020]

Heroin is a terrible drug that has killed millions across the United States.

He was released from jail because of fears inmates would contract the Coronavirus/China Virus and promptly (allegedly) murdered another individual in Tampa, Florida.

One day after being released.

Criminal Justice Reform in action, courtesy of the Coronavirus.

So remember: while you and your family are being responsible and practicing social distancing (and wearing a mask when you go in public), our elected officials release criminals into the public who then commit violent acts.

But also remember this: white flight was the original social distancing (away from communities with a propensity for violence).