American Indians As "THE REAL AMERICANS": Not!

You still have to pay for what you did to the Indians, THE REAL AMERICANS!

Mr. Rivera's "real Americans" claim is a variation on the familiar trope that American Indians were "the first Americans."

But they really weren't, since what people almost always mean when they say "America" is the European-seeded polity known as "the United States."  Indeed, typing "America" into Wikipedia's search box yields (without "disambiguation") their entry for "United States," and that article's section on etymology concludes with this:

"American" rarely refers to subjects not connected with the United States.

So this place wasn't really America until the whites came and developed it, a point that's reinforced by a brief passage in Richard Bernstein's terrific 1994 book Dictatorship of Virtue: How the Battle over Multiculturalism Is Reshaping Our Schools, Our Country, and Our Lives (p.247): 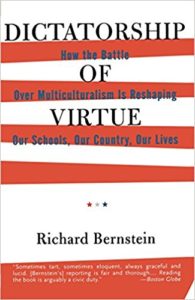 The most popular text of the first half of the twentieth century, David Saville Muzzey's An American History, was first published in 1911.  In its several editions Muzzey's book treated blacks only as slaves and hardly even made an attempt to deal with the vast influx of immigrants from 1890 to 1920, who were seen as utterly different from the Americans in place and not likely to be assimilated.  There were shades of multiculturalism in his treatment of women and of Indians, however, but faint shades.

Muzzey, for example, chronicled the protests of women at the denial of rights and opportunities that went automatically to men.  He provided a powerful description of the treatment of the Indians, who, he said, "were cheated by rascally government officials, fed on rotten rations, debauched of whiskey, and robbed of their lands."  Muzzey, however, portrayed the Indians as primitives and savages.  In his 1941 revision, he talked of the treatment of the Indians as “a chapter of dishonor” for white men, but the Indians themselves, he said, “nowhere advanced beyond the stage of barbarism ... They had some noble qualities, such as dignity, courage, and endurance, but at bottom they were a treacherous, cruel people who inflicted terrible tortures upon their captured enemies.”

Even the great revisionist historian and liberal hero Charles Beard, writing in the prologue to his History of the American People, published in 1918, had to explain why he gave so little space to the North American Indians.  “They are interesting and picturesque, but they made no impression on the civilization of the United States,” he said, showing a tough-mindedness that would be excoriated now.

(To forestall reflexive caterwauling about the nasty-nativist Bernstein's violent hate speech [i.e. the three paragraphs just above], I should point out that the now-retired journalist was in his second decade at The New York Times when he authored Dictatorship, that he has a Harvard master's degree in History and East Asian Languages, and that his wife is a noted Chinese classical dancer.)

So if the tribes inhabiting (before European settlement) what became the United States shouldn't be called "the first Americans" or "the real Americans," what should we call them?  I propose "Turtle Islanders."

Post
Glenn Greenwald Out At His Own THE INTERCEPT
MORE...
POPULAR TAGS