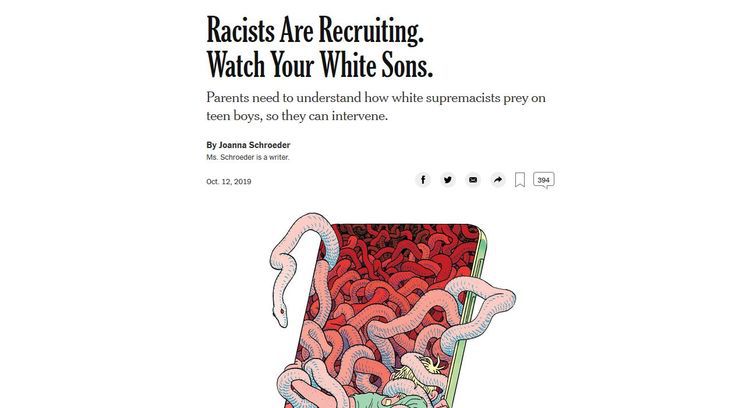 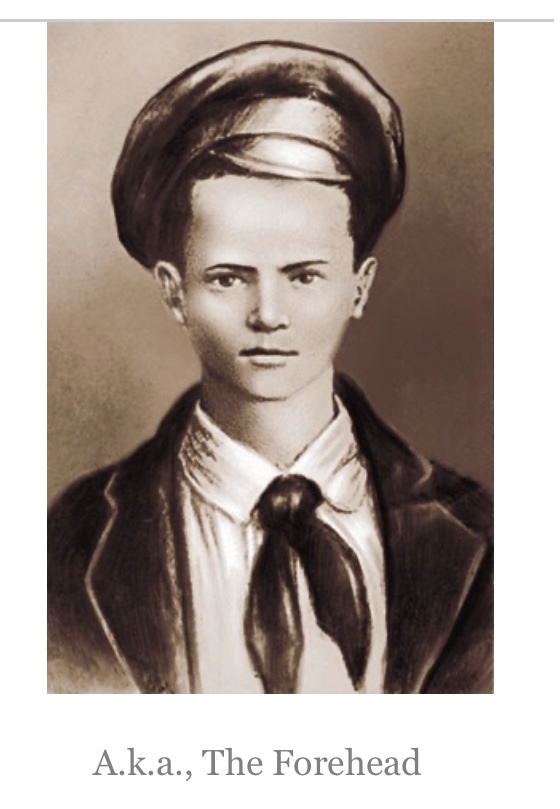 The Soviet Union under Stalin created a cult around Pavlik Morozov, a 13-year-old-child Communist who was endlessly admired for ratting out his own father to the secret police.

Racists Are Recruiting. Watch Your White Sons.
Parents need to understand how white supremacists prey on teen boys, so they can intervene.

By Joanna Schroeder
Ms. Schroeder is a writer.

Raising teenagers can be terrifying. Our squishy little babies become awkward hormonal creatures who question our authority at every turn.

I expected that. What I didn’t predict was that my sons’ adolescence would include being drawn to the kind of online content that right-wing extremists use to recruit so many young men.

As my 11- and 14-year-old sons and their friends talked and bantered — phones in hand, as always — in the back seat of the car, one of them shouted it in response to a meme, and they all laughed uproariously.

I almost lost control of the car. That’s because I know that word — often used to mock people who are hurt or offended by racism as overly sensitive — is a calling card of the alt-right, which the Anti-Defamation League defines as “a segment of the white supremacist movement consisting of a loose network of racists and anti-Semites who reject mainstream conservatism in favor of politics that embrace implicit or explicit racism, anti-Semitism and white supremacy.” People associated with this group are known for trolling those who disagree with them, and calling critics “triggered” is a favorite tactic.

In the future, the US might have a mirror image to the Stalinists’ Pavel Mozlik cult. The difference will be that we’ll honor parents, like Ms. Schroeder, who rat out their own white sons.