Columbus Day And Whining About Captain Cook In New Zealand 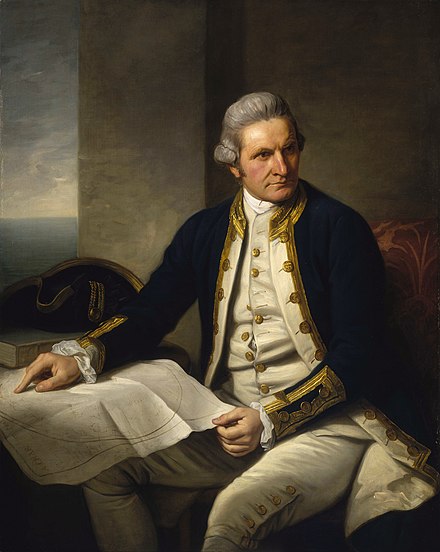 It's Columbus Day on Monday. What Christopher Columbus was to the Americas, Captain Cook was to New Zealand. Well, approximately: The Dutch navigator Abel Tasman was the first European to catch sight of the islands, 127 years before Cook showed up, but Tasman didn't land. Cook did, on October 8th, 1769, and claimed New Zealand for Britain.

So Tuesday this week was the 250th anniversary of Cook's landing. There were appropriate celebrations. A replica of Cook's ship sailed into the very bay where he dropped anchor. Local members of parliament went aboard to greet the crew.

But of course there were protests and demonstrations on behalf of the Maoris, New Zealand's original inhabitants.

New Zealand's Social Justice Warrior Prime Ministrix Jacinda Ardern, in a speech last Saturday kicking off the commemorations, tried to square the circle, calling on her fellow Kiwis to have, yes, a "conversation" about their history, and "imagine what it would be like to hear a story be retold, knowing that, actually, you lost an ancestor directly because of those encounters." That's a reference to the fact that nine Maoris were killed in the first encounters with Cook's landing parties.

The Maoris themselves were of course whining at full throttle. Quote:

Protesters … say their Maori ancestors were treated unfairly during the colonial era and that today, Maori communities face disproportionate levels of poverty, crime and discrimination as a result.

Yeah, yeah, get over it. Captain Cook himself was killed, roasted, and eaten by the natives of Hawaii ten years later. Since Hawaiians are ethnic kin of the Maoris, I would have thought the debt's been paid; but I guess whiners gotta whine.