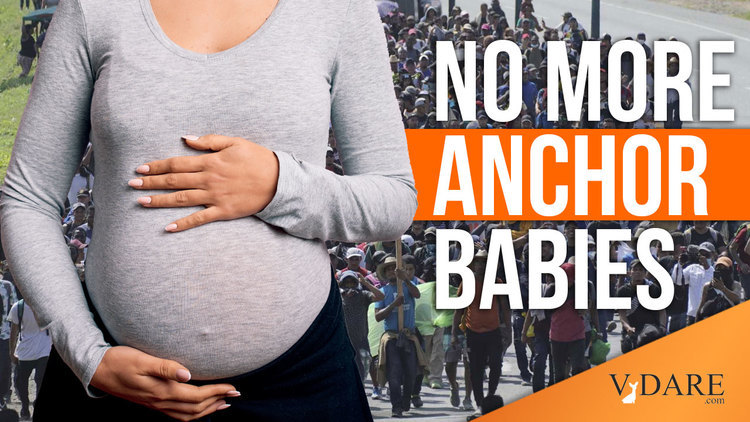 Earlier this month, in Frum Features Birthright Citizenship Reform - Could He Smell A Deal? I noted that our old friend Howard Foster had been allowed space to publish an articulate essay calling for the end of this nation-sinking loophole.

Now Howard, astonishingly, has managed to place an if anything even more polished statement of the case on of all places the Huffington Post: Time to End Birthright Citizenship? 01/27/2012. This contains an additional piece of information:

Judge Richard Posner of the Seventh Circuit of Appeals also believes the idea of birthright citizenship is "nonsense" and could be done away with by Congress (Oforji v. Ashcroft, 354 F.3d 609, 620 [7th Cir. 2003]).

The Birthright Citizenship/Anchor Baby issue, of course came blazing out of the backwoods in the summer of 2010, causing coughing and spluttering amongst the GOP Congressional “Leadership”. They have now gone back to sleep – or worse.

This is stupid: given the Cheap Labor Lobby ownership of both Romney and Gingrich, closing the Anchor Baby loophole would give disgusted Patriot voters a political if not an economic reason to turn out.

But David Frum perhaps did smell a deal: for himself. Immediately after the Foster piece he suspended Frum Forum and moved to bigger and better things at The Daily Beast. Some of his friends at VDARE.com hope that at his more prominent platform he will continue his recent courageous comments on immigration. Personally, I think the price (and possibly the purpose) of his translation will prove to have been silence.