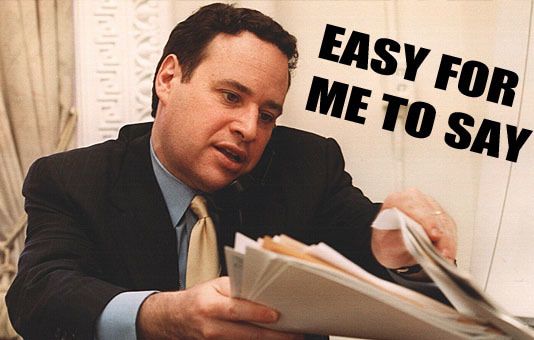 I once got David Frum a job at Forbes Magazine and I regard him as a personal friend, although I don’t seem to have heard much from him recently—a shame, because I’d like him to explain the subtle maneuvering within the Establishment Right that seems to have caused him to break with AEI, Rush Limbaugh and National Review. I also regret the fact that he and VDARE.com’s Steve Sailer don’t seem to like each other, but hey ho, as deposed NR Editor John O’Sullivan says.

Anyway, I was travelling and missed David’s How I’d Fix Unemployment (FrumForum, August 2, 2011). A lot of it is studiously middle-of-the-road wonkery (”3) Income support for people in need“) but almost at the end of his list is:

AN IMMIGRATION MORATORIUM!!!!!!!!! As far as I can see, no-one apart from VDARE.com (and John Tanton’s Social Contract magazine) has suggested this obvious step.

David even went on to add:

C) You hear it often said that the US must create X number of jobs per month simply to stay even with the increase in the working population. It’s not stressed often enough that much of this increase is artificially created by immigration. In a time of high unemployment, why make the challenge larger?

This is not, actually, new for David. O’Sullivan and I even got him to write in National Review about the need for the Establishment to choose between immigration and free trade in the wake of Pat Buchanan’s victory back in 1996.

But it’s brave. In retrospect, it’s clear that everyone in the MSM except me got a memo saying that immigration MUST NOT BE MENTIONED. This is the only explanation I can see for the silence of people who know better, like Mark Steyn and (in the past) David himself.

Significantly, the 82 comments David’s article include only two references to his moratorium idea, both obviously dumbfounded.