About That "Racist Fraternity Notebook"... 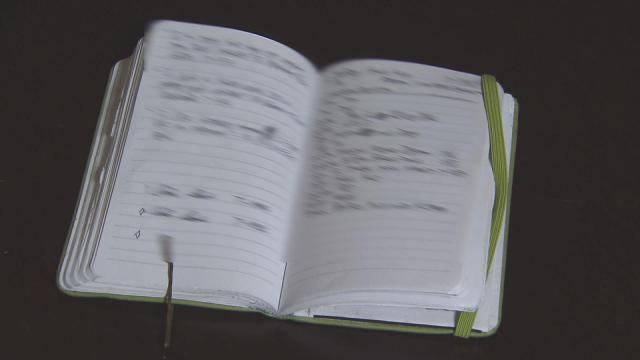 The Necronomicon has nothing on this fraternity notebook

Yesterday, we covered how a notebook was used as the rationale for banning alcohol at white fraternities (but not black ones) at NC State.

In response, a reader (who asks to remain anonymous) writes,

The local media have stories that include some images of the so-called "pledge book." For example, here:

One notices that the handwriting for every entry is identical.

I have never been associated with a fraternity, but as I understand a pledge book, shouldn't each entry have been written by a different person? Doesn't the identical handwriting on page after page indicate a hoax?

Possibly, and these days, any story about "hate on campus" leads one to suspect a hoax. The book surfaced after it was found a female university student:

Katie Perry, a senior at N.C. State, told WRAL News Thursday that her co-workers found the book at a restaurant near campus.

As the fraternity has already moved into the defensive crouch position, there may well be some connection with the group. But this suggests that this isn't some "official" publication of the chapter. (And if it was a "pledge book," I imagine the pledge would be punished for losing it, vulgar writings in it or no.)

This suggests that we are now dealing with the anonymous writings of one person. In a notebook. Making off color jokes. The fact that this is even local news, let alone national news, let alone a subject for disciplinary action against an entire race, is simply pathetic.