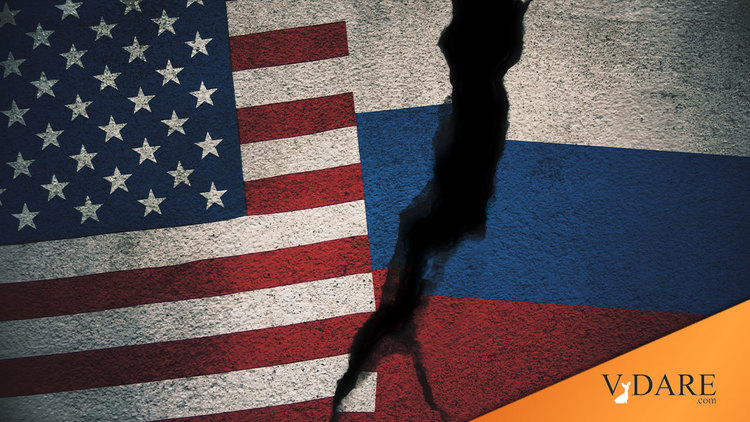 "A Riddle, Wrapped In A Mystery, Inside An Enigma"—Why Do American Elites Hate Russia?

Adapted from the latest Radio Derb, written on Friday

Earlier by Pat Buchanan: Is Putin's Russia an 'Evil Empire'?

Here's a thing I've been struggling for years to make sense of: the powerful antipathy of our ruling class towards Russia. They really hate the place. Why?

I used to think it was a Jewish thing. With Jews disproportionately influential in our elites, especially in the opinion-forming sectors, I speculated that they brought along with them ancestral memories of pogroms, rampaging Cossacks, the Beilis trial, and so on.

That really doesn't work, though. The parents and grandparents of America's elite Jews mostly admired the Soviet Union, which surely is hard to do if you're anti-Russian.

Perhaps that's it, then. Perhaps elite Jews are mad as hell at post-Soviet Russia for having shut down grandpa's dream of worldwide socialist triumph.

It doesn't sound like that, though. Victoria Nuland, for example, doesn't strike me as a person who weeps into her pillow at night thinking of the dear old U.S.S.R. (Although Merrick Garland, I'm not so sure about …)

Are the Israelis pulling our elites' strings here? That seems far-fetched to me. Russia's sole interest in that part of the world is to maintain their naval base in Syria. That makes it necessary, or at any rate convenient, for the Russians to support Assad, the Syrian dictator. Assad is a cat's-paw of Iran, a country the Israelis are worried about.

So yes, you could make some kind of a case, but it looks flimsy to me. Rather than stirring up anti-Russian feeling among our elites, a better use of Israel's stirring-up energies would be to bypass the middleman and stir up anti-Iranian emotions.

Perhaps it's not really a Jewish thing at all. Perhaps our ruling class just has some psychic or politico-strategic need for a big old national enemy, like Oceania in Nineteen Eighty-Four, and decided to stick with Russia after the Cold War ended just from sloth. Sloth is, I do believe, a greatly underestimated factor in human affairs. 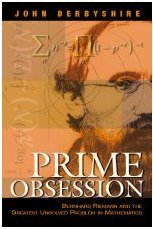 And although I hate to give credit for rational thinking to our elites, there may be a rational component to anti-Russianism.

I know all about Russia's great contributions to Western Civ. I waxed enthusiastic about them in one of my math books—so much so, the Mrs. and I got an all-expenses-paid trip to Moscow out of it.

Politically, though, let's face it: Russia is a failure. Scanning back across the past four hundred years, what have they been able to come up with, government-wise?

Politically, there isn't much worse a fate than to be ruled by Russians. Nations that have suffered that fate and then escaped from it, like the Baltic states, were always very glad to see the Russians go.

There has never even, so far as I know, been a Russian equivalent of Taiwan: a nation-sized place populated mainly by Russians that has attained civil liberty under constitutional government. Russians just don't seem capable of mature civil society.

And the political failure drags along behind it other styles of failure: in economics, healthcare, demographics. Russian annual household income per capita was less than $6,000 at the end of 2020, which means most Russians live below—well below—the U.S. poverty level. Healthcare is dire. Fertility rates have improved somewhat since the disastrous 1990s, but are still unimpressive, and headed nowhere much better.

So yes: three cheers for Chebyshev, Pushkin, Tolstoy, and Tchaikovsky—wait, that's four cheers…whatever—but you really don't want to live under Russian government. So there's a rational reason to be anti-Russian.

But that is also, of course, a reason to be anti-Chinese, anti-Arab, anti-Mexican, or anti-black-African; yet none of those emotions has the same grip on our elites' collective psyche as anti-Russianism. So we still haven't really answered the main question.

I should add, by the way, that all those negative remarks about the corruption, incompetence, et cetera of Russian government apply just as well to the governments of Belarus and Ukraine this past thirty years.

Famously, Winston Churchill defined Russia as  "a riddle, wrapped in a mystery, inside an enigma," and his words in 1939 spoke eloquently to the Western sense of Moscow as the "other"—an inscrutable and menacing land that plays by its own rules, usually to the detriment of those who choose more open regulations.

I think Churchill's tongue was running away with him there, as it sometimes did. From where I'm sitting, here in the USA, it's not so much Russia herself but our ruling class's antipathy to Russia that looks like "a riddle, wrapped in a mystery, inside an enigma."