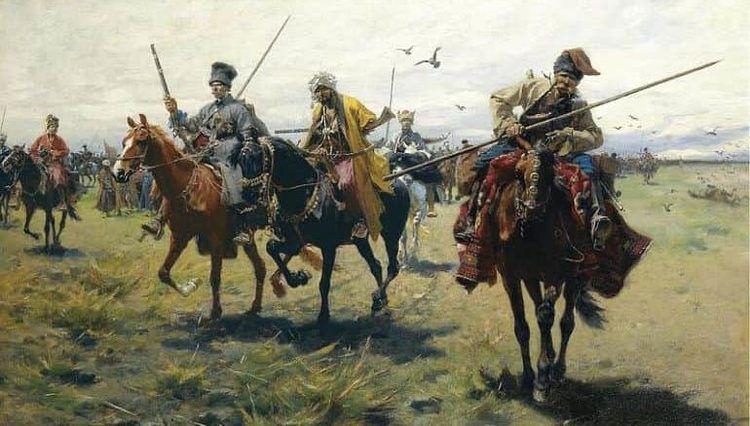 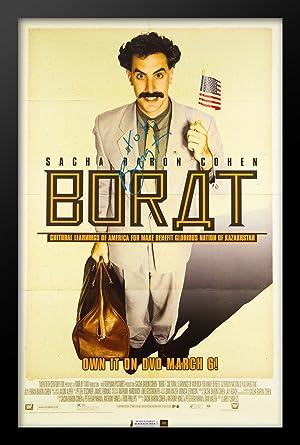 As I’ve been pointing out for years, Sacha Baron Cohen’s character Borat was modeled by SBC on a Russian, and Borat broadly reflects a long tradition of Eastern European Jewish humor about how stupid and backward Slavic villagers are. SBC successfully distracted attention from this straightforward interpretation by eventually asserting that Borat is a Kazakh from a Central Asian culture about whom few Brits or Americans know anything. (For example, I have to rely on spellchecker to spell “Kazakh” because I will go to my deathbed never knowing where the “h” goes in the name.)

But Borat As A Giant Polish Joke makes sense if you assume that SBC is not thinking about far-off Kazakhs, but is instead thinking about the traditional enemy of the Jews in the Russian Empire, Christian Slav Cossacks. For example, Cossack cavalry smash up a Jewish wedding in the pogrom at the end of the first act of Fiddler on the Roof (which SBC is very familiar with because he played Tevye at Cambridge).

But few in the west are informed about the complex history leading to two different peoples with almost identical sounding names, so here’s the history as I understand it.

Medieval and early modern Russia fought a long civilizational struggle on its southern frontier against mounted Muslim steppe warriors known as Kazakhs. But the Kazakh lifestyle of rampaging about on horseback looked attractive than being a serf in Russian to many Christian Slav serfs who escaped servitude in Russia to the steppe frontier. There the Christian Slavs adopted much of the horseback lifestyle of their Kazakh enemies and became known as Cossacks. Eventually, the Cossack leaders made a deal with the Czar to provide him with light cavalry in return for Russia recognizing their freedoms.

So Kazakhs and Cossacks are different but related. It’s all rather confusing, confusion which SBC has cleverly exploited to completely baffle 99% of film critics about what he was up to with Borat.