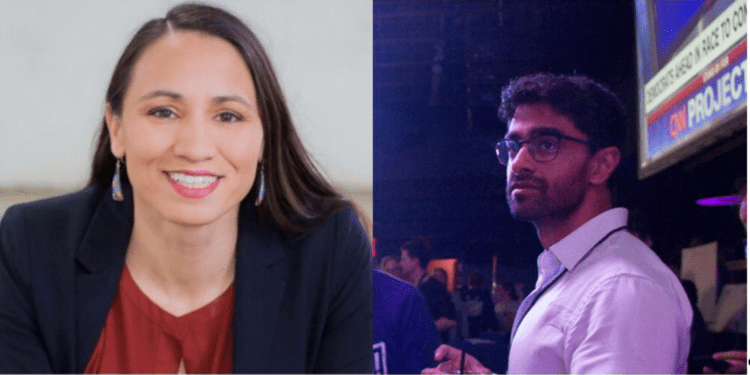 I never heard of any of these people before today, but Saikat Chakrabarti is AOC’s chief of staff, Sharice Davids (D-KS) is “the first openly LGBT Native American elected to the United States Congress” so she’s got a lot of Diversity Pokemon Points, and the House Democrats twitter handle is owned by the House Democratic Caucus under Rep. Hakeem Jeffries. 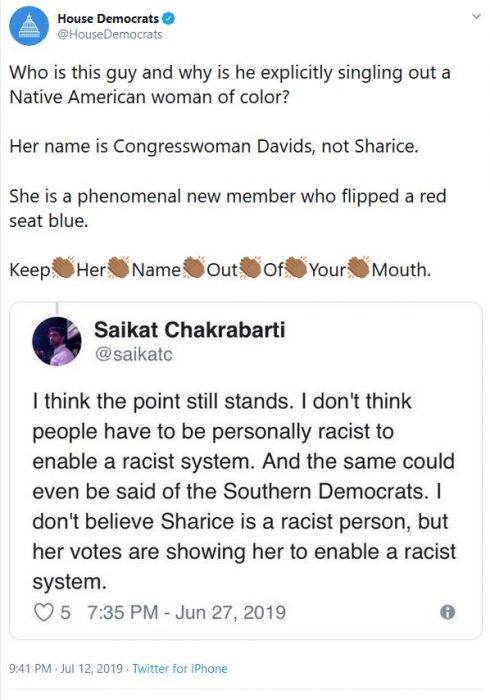 I can’t even begin to make sense of this Coalition of the Fringes circular firing squad.

And what’s the deal with the brown hands clapping emojis? Is that some Black Woman of Color thing like snapping your fingers while making the shape of a Z was back during In Living Color era?

Our new country is going to be great!