A Heartening Fact About Scott Walker; And A New Approach To Border Defense 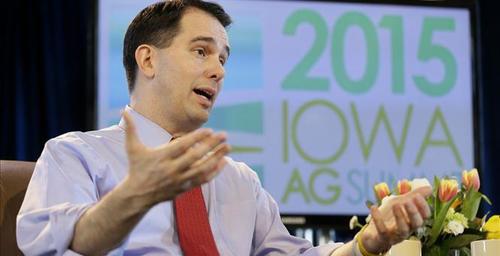 Apparently the repeal went through, and as Schaper makes clear by linking to another article (Students Rally For Bill Granting In-State Tuition To Some Undocumented, by Gilman Halsted, Wisconsin Public Radio, March 18, 2014), Walker has fended off attempts to resuscitate it.

I'm not familiar with Schaper, but his self-attributed credential includes this:

In 2008, I supported outlier candidate Congressman Tom Tancredo for President, even though he had a gringo’s chance in Guadalajara of winning the GOP nomination. Neither racist nor uncaring, the retired representative from Colorado advocated for a streamlined, strengthened legal immigration system, where American citizenship was prized, legal migration eased, and public systems remained stable instead of unsustainable.

So Schaper is no Johnny-come-lately on immigration policy.  And in the rest of his article, he does a careful comparison of Walker's immigration-related statements and actions with those of not only the beneath-contempt Jebster but also Rick Perry and Chris Christie.  The latter three don't come off well in the comparison.

(However, I've heard in recent months from a non-quotable source that Perry has shown signs of improving from "hopeless.")

But what does this have to do with the border?  Well, regarding Walker's 2011 budget, Schaper linked to an article [Walker budget cuts in-state tuition for undocumented students, March 2, 2011] by Georgia Pabst on the subject in—Georgia Pabst?!?!  Oh yeah, this is Wisconsin, after all—the Milwaukee Journal-Sentinel.  And commenter "Damocles" at Pabst's article included this suggestion in his approving remarks about cutting off in-state tuition:

Mine the border with indelible purple ink bombs that explode all over anyone entering at an illegal location. Then have the feds pick up people with the purple stuff on (must be devised to stay on and sink into the skin, for at least six months.) and you've got a better virtual border fence than that crud they were putting up.

Ink bombs for a border stretching about 1,900 miles would take a lot of ink and explosives.  But a citizen can dream, can't he?  (Of course, there might be a resulting problem of purple coatimundis.)