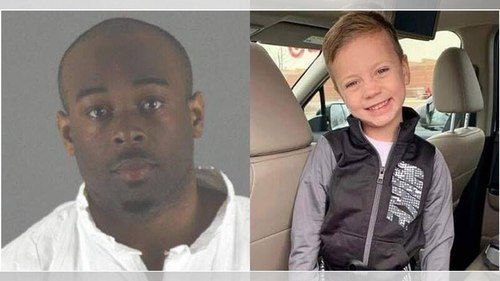 A story from People magazine has some good news about the Mall Of America attack victim, a five-year old white boy named Landen.

The gravely injured 5-year-old boy thrown from a third-floor balcony at the Mall of America at last has emerged from intensive care, nearly four months after the incident that led his adult attacker to be sentenced for attempted premeditated murder.

“We are happy to report that our son is no longer in intensive care and has been moved to an in-patient, physical rehab program at another hospital to help him continue to heal and focus on the next phase of his recovery,” his family posted Thursday to a GoFundMe page, where donors have pledged more than $1 million toward the boy’s care.

“There is hard work ahead!,” they wrote. “And, our beautiful boy has endured much already, but he is strong and his spirit remains vibrant. We continue to be eternally grateful for every prayer, every act of kindness and the love this world has show us throughout this journey.”

The child, identified by his family only by his first name, Landen, sustained severe head trauma and multiple broken bones in the April 12 attack at the mall in Bloomington, Minnesota. The incident was witnessed by his horrified mother and others as they stood near the balcony outside of the Rainforest Café on the mall’s third floor.

Boy, 5, Out of Intensive Care Nearly Four Months After Being Thrown from Mall of America Balcony, by Jeff Truesdell, People, August 2, 2019

The attack was a hate crime by a mentally ill black man named Emmanuel Deshawn Aranda, who decided to kill someone because he was "rejected" by random women (color unmentioned) he approached in the Mall of America.

He claimed he originally wanted to attack an adult, but it didn't work out.