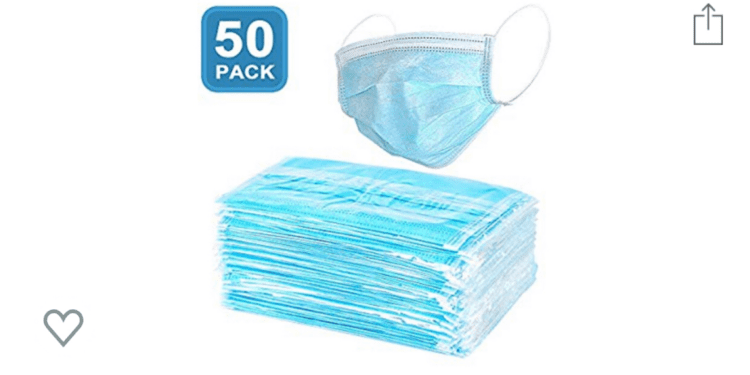 Some back of an envelope doodling: What would it take for the US government to build up a reserve of enough disposable N95 facemasks so that everyone in US could wear one every day for a month? They both lessen the chance you’ll be infected by somebody else and that you will infect somebody else, so they are a public good. Also, being able to mask up would lessen the chances of the economy shutting down.

If there are 330 million residents in the US and 30 days in a month, that’s 10 billion for one month. How much do they cost? I’ve heard figures like one dollar each in normal times, and with mass production they’d likely drop to less. But say that delivery — via America’s amazing home delivery logistics (e.g., Amazon) — would boost the total cost back to $1 each.

So that’s ten billion bucks for a one month’s supply.

Let’s say this virus fizzles out and they aren’t necessary. Would it be so bad to have 10 billion masks sitting in warehouses or in people’s homes? How long do they last in climate-controlled warehouses?

How fast could America gear up? By normal 2020 bureaucratic standards, not fast. All the new workers hired would have to sit through their sexual harassment lectures, and sexual harassment lecturers don’t grow on trees, you know. (This sounds like a joke, but I knew a Los Angeles Fire Department captain and scoutmaster who in 2005 flew to Louisiana to rescue people from drowning in the aftermath of Hurricane Katrina. But when he landed in Louisiana, he first had to sit through a 2 hour sexual harassment course before he was allowed to start rescuing people from the flood.)

But by the standards of the U.S. building aircraft carriers during WWII, we could probably amaze ourselves.

Anyway, we ought to have these kind of supplies stored away before The Next One.