2nd Shooting At VA School In A Week. Why? It's A "Historically Black" School—And These Things Happen

This is the second shooting at Virginia State University in a week. Why? It’s a “Historically Black” school—and these things happen.

Police: 2nd shooting reported at Virginia State University in less than a week

PETERSBURG, Va. (WJLA) - The Virginia State University reported a second shooting had taken place on its campus in less than a week late Thursday evening.

According to officials, a man was shot in the 1 block of Hayden Street around 11 p.m. and taken to a hospital with injuries that were life-threatening.

The school was placed on a lockdown that was lifted sometime around 2:20 a.m. Friday.

Chesterfield County Police called the shooting an "isolated incident" and said there was "no further threat to the campus."

On Saturday evening, the school was also placed on a lockdown after a man was shot, but his injuries were not life-threatening, according to police.

Anyone with information is asked to contact Chesterfield County Police at 804-748-0660.

Additional details were not immediately available.

Both shootings, which were not fatal—yet—were reported as isolated incidents. Why? It’s a “Historically Black” school—and these things happen.

The campus of Virginia State University lifted a roughly two-hour lockdown early Friday after a male was shot and critically wounded, in the ...

VSU lockdown lifted after 2nd shooting in a week

Lockdown at Virginia State University lifted after second shooting in ...

Second shooting in less than week on Virginia State University ...

Virginia State University remains on lockdown after a campus shooting that authorities say was an isolated incident. University police tweeted ... 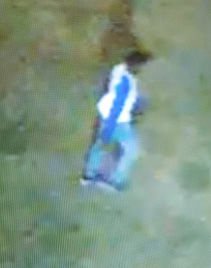 The victim was with some friends in the stadium parking lot when he was shot and wounded by an unidentified gunman after the game. Conner said it’s unclear whether the victim or his friends were participating in the tailgating festivities.

The victim was not a VSU student, Conner said.

Responding officers found the victim suffering from a non-life-threatening gunshot wound and he was taken to VCU Medical Center, where he is recovering, Conner said. Investigators have conducted an initial interview with the victim, Conner said.

After the shooting, VSU surveillance cameras captured images of the suspected gunman dropping a handgun and leaving campus at Lee Street and Chesterfield Avenue.

Police described the suspect as a black male wearing light blue jeans and a white T-shirt with blue sleeves.

VSU locked down the university for a period of time after the shooting. The lockdown was lifted after authorities determined the shooting was an isolated incident and there was not an active shooter on campus.

During VSU’s homecoming celebration four years ago, a VSU student was charged with stabbing another student on campus with a 6-inch blade.

Why? It’s a “Historically Black” school—and these things happen.