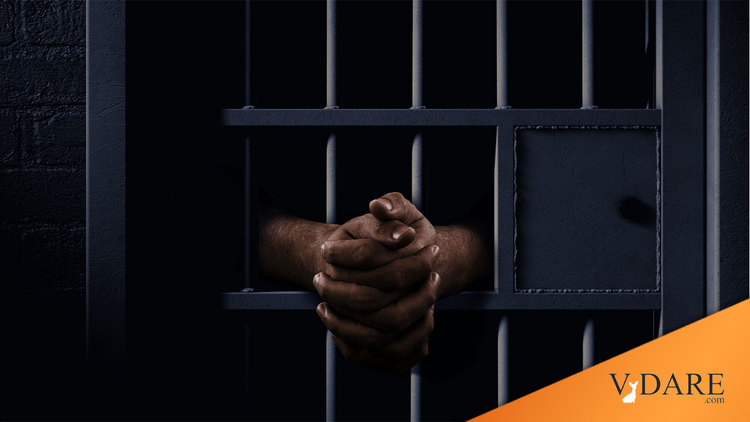 As many as three-quarters of the children held on remand in London’s prisons are black, LBC can revealhttps://t.co/e8BhaDX833

So in London, as many as 74% of the worst of the worst criminal teens, the ones too dangerous to let out of jail while awaiting trial, are black?

By the way, this report by a woke NGO is cherry-picking the single worst month for black misbehavior for their headline: the usual percent black in London is in the 60s not 70s. But, still, London is only 13% black, and many are decently-educated Africans brained-drained from Africa to work in the National Health Service and the like.

There are a lot of Englishmen with the surname of “Black.” Presumably, they had an ancestor c. 1300 when surnames were being chosen who had dark hair or tanned skin.

So when did the English shift from their indigenous definition of “black,” meaning somebody swarthier than the typical Englishman, to the American definition, meaning somebody who, judging by their looks, has significant ancestry from south of the Sahara?

Back in the early 1990s when I first got on the Internet, there was an Afrocentrist fad among African-Americans: blacks built the Pyramids, and things like that. I noticed that a lot of the scholarly works they cited in evidence tended to be old books from Oxford professors in 1900 saying things like “blacks built the Pyramids.” In other words, American Afrocentrists tended to be sincere but not aware of how the English used the word “black” a century ago.