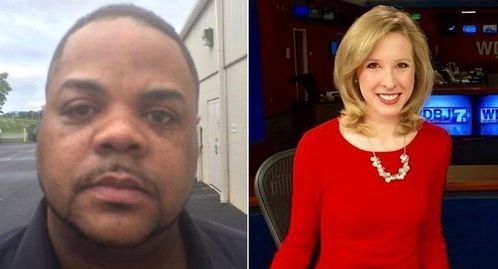 Re: “The Truth Is Racist”—Why The MSM Establishment Is Beating Up BREITBART Over Vester Flanagan.

From: John in Virginia [Email him]

I live in Roanoke, VA, having moved there from a village not far from Litchfield, CT.

I wish to inform you of a recent development in the Vester Flanagan shooting of three people in 2015.  He was a former employee of WDBJ 7 here in Roanoke.  Vicki Gardner, the sole survivor of the shooting, has filed civil suit against the station over her bullet wound.

See the complaint in PDF.

It's like if they don't say that, it didn't happen. These stories from Virginia do not say that shooter Vester Lee Flanagan was black, nor that that his victims were white people, and so is survivor Vicki Gardner. Jonathan Chait should be pleased.