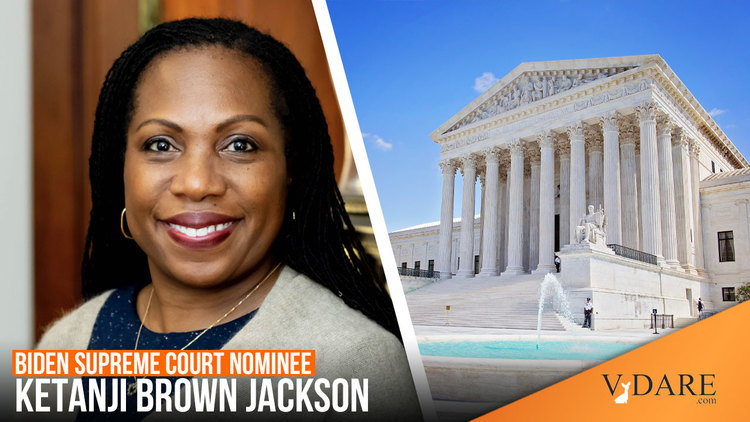 “Janna and I are incredibly happy for Ketanji and her entire family. Our politics may differ, but my praise for Ketanji’s intellect, for her character, and for her integrity, is unequivocal,” Ryan tweeted.

The Hill noted that Ryan’s sister-in-law is married to Jackson’s brother-in-law.

That was clearly wrong—both on executive privilege and attorney-client privilege grounds.

Derbyshire said of Ketanji Brown Jackson in his Radio Derb on Friday that  “I don't doubt that she's as progressive as all get-out; but from what I have read, she's not as dumb as Sonia Sotomayor, so there is that.” I don’t know about that.

They both had to take the SAT & LSAT before the tests were dumbed down, but their scores are confidential. To my knowledge, no prominent minority ever has disclosed SAT & LSAT scores, including the Obamas. Republicans would consider it racist to demand production of test scores from nonwhite judicial candidates. Even in the lower ranges, the scores would indicate relative intelligence.

When Sotomayor was a district court judge in the SDNY, she was well known for throwing tantrums in court but not for erroneous rulings.