From: “Claudius” [Email him]

The need for the US progressive/neocon political establishment’s destruction of Southern culture goes beyond the simple cultural hostility described recently by Dr. Gottfried. Just as it was in the spring of 1861, the central government establishment cannot allow the tax donkeys to slip from their harnesses. Hence the bludgeoning of things Southern, and the suppression the natural right to self determination. 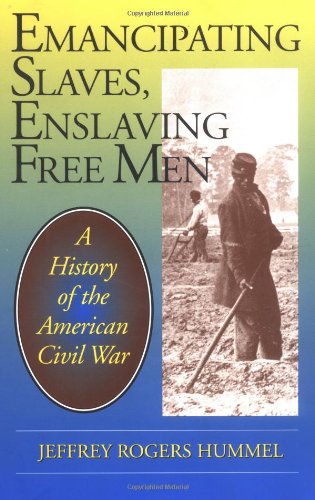 In 1861 a minority of the country, the South, paid the tariffs that supported the Federal Government. Secession removed that revenue, which in the Southern view was spent to benefit Northern political interests. That could not, and was not, allowed to stand. See Jeffrey Rogers Hummel’s Emancipating Slaves, Enslaving Free Men for more detail. Thomas DiLorenzo’s The Real Lincoln is also a good read.

Today a shrinking and largely white segment of the population creates the wealth which in part funds the free stuff army and the war constituency. The remaining funds are borrowed, and the wealth producers will be further burdened by the future debt payments. These people cannot be allowed to develop the notion that the regions they live in have any legitimate right at all to remove themselves from a repressive central government.

“White Privilege” theory also works to keep the tax donkeys in harness. Nobody can be allowed to question massive social welfare spending and its bureaucracy. Productive individuals must be kept shamed so they do not question supporting low performance affirmative action co workers. Ideally, the corporate American workplace will be composed of hard working white Stakhanovite employees who never, ever object to racial favoritism.

A side benefit of delegitimizing of secession or self determination is in foreign policy. The neocons cannot admit that ethnic Russians in the Crimea or Palestinians in Gaza or the West Bank have any right to a non- neocon approved government. Kosovo did have a right, because the neocons approved.

Of note, during the mid 60s in a Pennsylvania public high school I was taught that the War Between the States was fought by Lincoln to preserve the union, that it was caused by sectional issues of which slavery was only a part, and the tariff was the major issue. Southern leaders were described honorable men of great military ability and courage. There was a national network TV show about the exploits of Major John S. Mosby, “The Grey Ghost”. Disney portrayed Southern troops and civilians respectfully in the movie ‘The Great Locomotive Chase”, as did John Wayne’s “The Horse Soldiers”. How things have changed, and not for the better!