A Reader Reports Latino Rebels Denying The Existence Of White Latinos, Including Spaniards

Re: Leon H. Wolf Thinks Cubans Like Cruz And Rubio Are "Brown People"

From: A Cuban-American Reader [Email him] 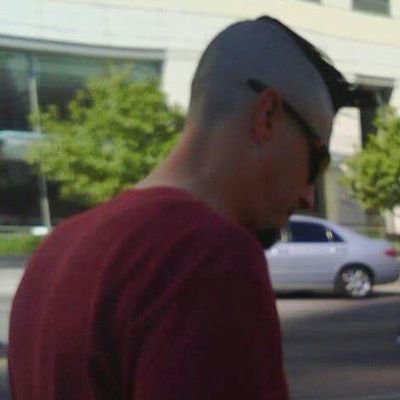 First of all, let me thank you for acknowledging the fact that numerous so-called "Hispanics" are indeed white in your many articles published on VDARE.com (I can't begin to explain how frustrated I feel at the stupidity of individuals who imply or directly state that people such as Ted Cruz or Marco Rubio are POC/nonwhite), now with that being said, check out the laughably ignorant nonsense spewed by Arturo Domínguez (Twitter profile pic at right),  the author of this piece and consider penning an article refuting it.

There is no such thing as a White Latino.

I am a light-skinned Latino. I am not white. Whiteness isn’t just based on skin color. It’s a mindset. A thought process based on the superiority within American and Western European societies. Whiteness is not welcoming to people like me despite my looks. My last name doesn’t allow me all of the privileges White America enjoys. My appearance, however, can sometimes prevent me from being profiled by police, that is, until they run my plates and/or see my name.

If you’re a light-skinned Latino like me, and the mentality of white supremacy circulates in your feeble mind, just refer to yourself as white. Because unlike me, you live your life with that whiteness mindset that I mentioned at the beginning of this article. You and I are not the same. I refuse and denounce that same whiteness that led to the wholesale slaughter of our people and the colonization of our lands. Latinos who side with colonialists are traitors to our respective cultures now just as you would have been when our ancestors were nearly erased from history.

James Fulford writes: This is clearly an example of the "Flight from White". Young white people are taught that whites are evil, and know that non-whites have all kinds of privileges, so they want to escape being white.

Mediocre Latinos who act like they're White espousing anti-Black and anti-Latino sentiments do more harm within the Latino community than any white supremacist ever could due to their proximity to other Latinos. Light-skinned Latinos aren't White. They are wannabes. Fight me. 👊🏾

The inescapable fact is that Spain is a European country full of white people, and thus having a "z" or "o" on the end of your name doesn't make you colored.

Mexico, the country immediately to the south of the US, is about 90 percent mestizo or Indian, 10 percent white, which is why we tend to associate Mexican immigrants with a non-white minority, but not only is Spain white, many Mexicans in Mexico's ruling class are either pure Spanish, or descended from other European immigrants.

Here's a list of previous articles on this theme: