Sports Illustrated Swimsuit Racism In Spain? Are You Kidding?

The Sports Illustrated Swimsuit critics at Jezebel also took on the Spanish photoshoot:

But sometimes a half-naked lady standing in front of a gorgeous natural backdrop just isn't enough. So the photographers used natives as props.

Using people of color as background or extras is a popular fashion trope, whether it's Nylon magazine, the Free People catalog, British Vogue or J. Crew. But although it's prevalent, it's very distasteful. 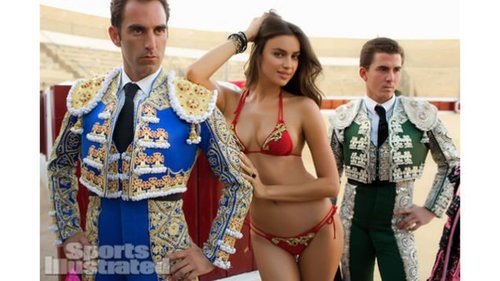 A photo shoot in Spain included matadors. Cliché but not that problematic: Matadors are performers themselves, in a way. (Spain, and by extension, the rest of Europe, was also represented by these carriage drivers.)

Excuse me, the reason the matadors aren't problematic is that they're white. Spaniards are white—as we've often pointed out in connection with Ted Cruz and Marco Rubio. Jezebel doesn't include a picture of the coachmen, but I will. (It's impressive. but like the other photographs, included to illustrate a sociological point.)

The coachmen driving the carriage that Irina Shayk is posing in are white.  They're not natives in the sense that tribesmen in Kalahari Desert are. They're "natives" of Spain in the sense that they were born there, and their jobs haven't been taken by immigrants. 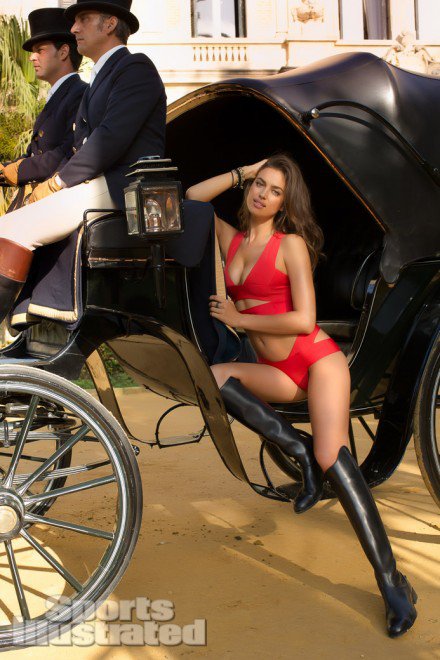