A Reader Notices Bradley AFVs In St. Louis, Missouri, And Wonders If The DOD Is Expecting BAD Riots? 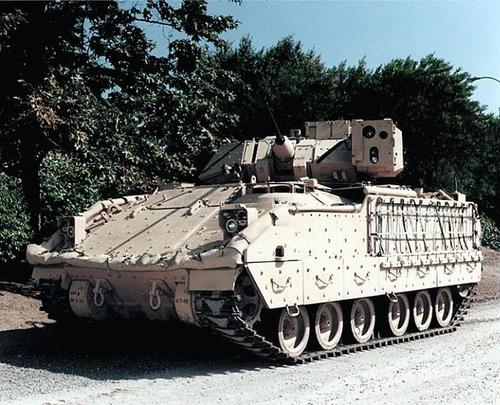 Driving from Suburban St Louis to downtown I spied with my little eye something beginning with "A"—Armored Fighting Vehicle.  A platoon or squadron of Bradley AFVs  at the railhead in a municipality called Shrewsbury.

They are obviously prepositioning them in case the riots get really bad.

James Fulford writes: The Ferguson PD's response to the black riots has got both liberals and conservatives agitated about the militarization of police forces. I'm not sure a black riot is the time to worry about that.  Tanks and troops were certainly needed to end  the Detroit Riots   of 1967. Of course, with the current Federal Administration, there's some question of which side they'd be on. REpresentative John Lewis has called for a declaration of Martial Law, not against the rioters, but against the police.R