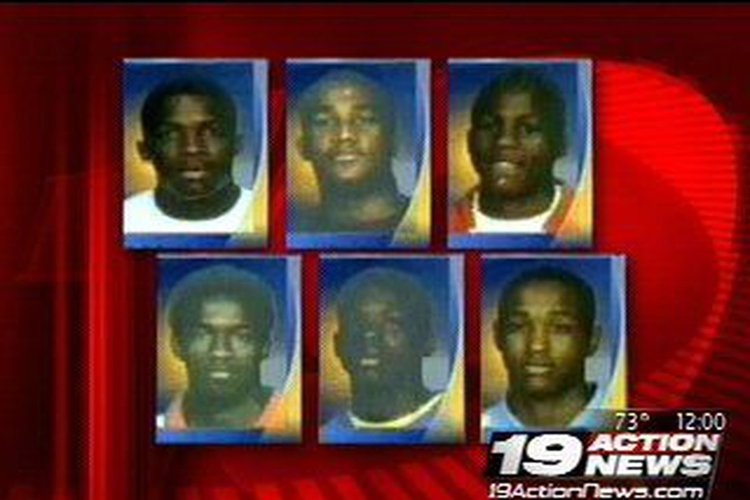 From: Steve Rankin (e-mail him)

Earlier this week, I watched a C-SPAN replay of the U. S. House Judiciary Committee's farcical hearing regarding the Jena Six case.

For openers, Chairman John Conyers (D-MI) introduced the ranking Republican, Steve King of Iowa, as "the gentleman from Utah [sic]."

The usual suspects were present, and what I saw was very pro-thug.  Rev. Al Sharpton (in all his glory) testified, and Rep. Maxine Waters (D-CA) got in her licks too.

Certain of the committee members, especially Rep. Sheila Jackson Lee, were tough on Donald Washington, the black U. S. attorney for western Louisiana whose district includes Jena They wanted to know why he couldn't find some excuse for prosecuting the students who hung the two nooses from a tree at Jena High School.

These committee members clearly consider the noose incident, a stupid hoax, to be a more egregious "crime" than knocking someone unconscious, then joining with five or six other people to kick him as he lies defenseless on the ground.

Harvard Law School Professor Charles Ogletree opined that such a "hate crime" (hanging the nooses) should be considered a ten-year felony.

Washington, the federal prosecutor, pointed out that Johnson's "facts" were wrong.  Conyers was lax in enforcing the time limits, and Johnson asked some seven questions after his time had expired.

Several of the members also expressed disappointment that Reed Walters, the LaSalle Parish district attorney, did not come before the committee and allow them to rake him over the coals.

No one remembered or cared that Mychal Bell was, among other things, convicted of punching a 17-year-old girl in the face.

Rankin, who lives in Jackson, posts on his Free Citizen blog. Read his previous letter about the 17th Amendment here.