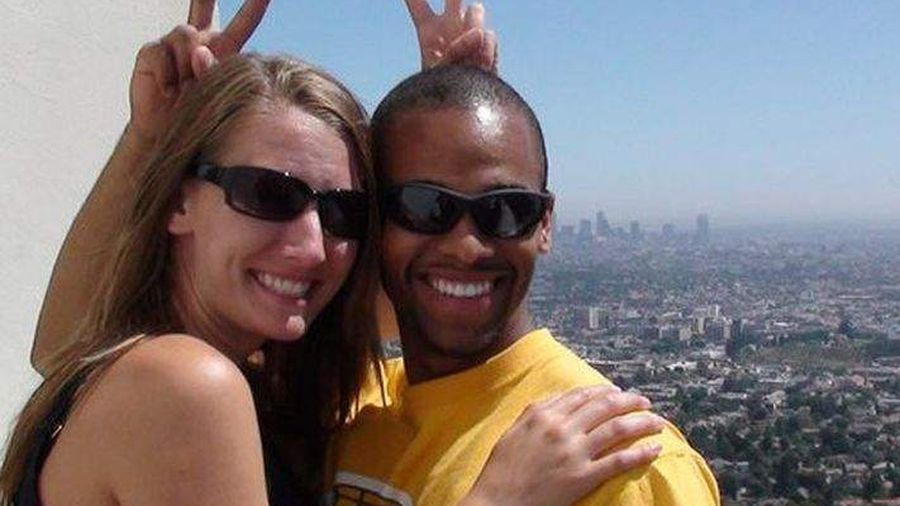 Often it is stories about white women dating or married to black men but ending up dead as a result. On January 21, for example, a mother reflects on the pattern of abuse suffered by her daughter Ashley, age 28, who feared for her life as the wife of Edly Atherly, a possessive, violent man.

Ashley texted her Mom with this message: "Mom, I'm an Idiot, I need to come home." [Mom hopes Ashley Atherley's story will warn others of domestic abuse, By Dan Sullivan, January 21, 2014]

On Thanksgiving weekend she was stabbed to death by her husband. Ashley was known to be pretty, kind, and very open to the clarion call of diversity.

As usual all reporting by the Times-as well as its editorials, omits race but includes photos that allow readers to ascertain the race reality.

James Fulford writes: The late Lawrence Auster used to refer to women who put themselves in this position as "eloi" (an H. G. Wells reference, it refers to a race of victims) and I can't help thinking how much angrier they'd have been at John Derbyshire if his Talk had been a warning to young women to avoid the fate of Nicole Brown Simpson, (1959 – 1994)