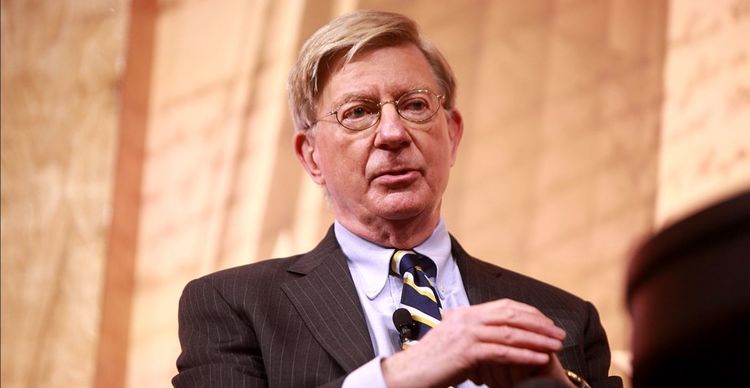 It is refreshing to see immigration patriots decidedly win a battle with open borders proponents in a public forum.  This recently occurred on Fox News with an intense debate about immigration featuring radio talk show host Laura Ingraham, establishment conservative George Will, and the far left racialist Juan Williams.

If you were anticipating it would be Laura and George against Juan in this debate you would be mistaken as George sided with Juan!

Ingraham crushed both Will and Williams in the debate, it was a delight to watch!  Juan Williams offered only one immigration sob story, swiftly dispatched by Laura.

Most of George Will’s comments were specious platitudes parroted from the WSJ, the Cato Institute, and Paul Ryan, etc. that we have all heard before.  However, in this debate Will advanced to the threshold of treason against the historical American people with the following statement:

“When in the lives of our children and grandchildren there are 500 million Americans, they are all going to be working.  Because we are going to have economic dynamism aided by immigration.”

Will, who fancies himself as a traditionalist and a conservative, had just endorsed a scenario that would add 200 million immigrants to the US population in a few decades!  This puts him in the same league as Britain’s Labour Party, whose recent clandestine immigration policy objective was to overwhelm the native Britons with foreigners.

Will has bastardized the concept of conservatism to justify the demographic tranformation of a sovereign nation-state—and the replacement of its people.