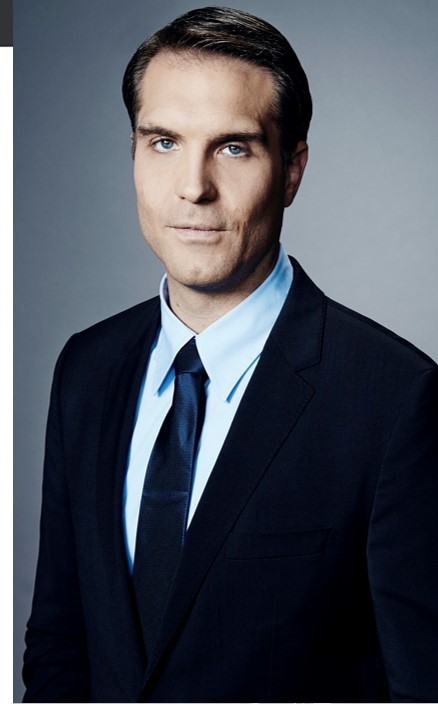 An Anonymous CNN Viewer [Email Him]

I received an email that had been forwarded by someone who watched the Charlie Hebdo coverage on CNN and I wanted VDARE.com readers to hear about it.

If you are not already aware of CNN German reporter, Frederik Pleitgen, you should be.

Not surprisingly, he has a severe left wing bias.

All during the current crisis in Paris, from the very first moments last Wednesday, with the blood still hot on the floor at Charlie Hebdo offices, Pleitgen took every opportunity to warn his listeners, NOT of Islamic Terrorism, but of the danger of the reaction from the "extreme right."

Pleitgen, almost every single time he has been given the microphone, comments on the danger that the episode will strengthen Marine Le Pen and the Front National, which he invariably describes as "racist," "extreme," "anti-immigrant," etc.

It’s as if he has a personal agenda or vendetta. Even when asked to report or comment on something else, he always turns the conversation to his warning that the real threat to France is from The Front National.

Whatever one's opinion of the Front National, it’s not their members killing French citizens, firebombing synagogues and threatening freedom of speech.

This propagandist and not-so-subtle apologist for Islamists needs to be watched and exposed.

Remember the name, Frederik Pleitgen. He is being groomed by Christiane Amanpour and CNN brass to be their next go to guy for all things European. He is the filter through which American and international audiences will view France, French politics and Political Islam.

James Fulford writes: This is an automatic response on the part of the MSM and Cultural Marxists. Just after 9/11, as the Twin Towers were still falling, their first thought was to form a Society For The Protection Of Enemy Aliens. .

This sense of commonality barely outlasted the towers themselves. One of my younger colleagues, a woman who keeps an apartment in Brooklyn, turned to me, badly shaken, and said, “I have to do something about this in my class. I have to show them the video about the Japanese internment camps.”

Steve Sailer calls this “frontlash”, but our official label for it is MSM Backlash Libel.