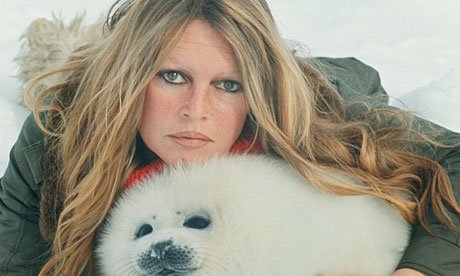 No one thought it was racist of Bardot to protest the cruelty of the seal hunt—seal hunters are white. 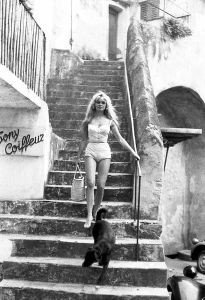 Hearing of all these people saying “I am Charlie Hebdo”, I remembered an earlier French patriot who protested Islamic barbarity, and I wrote this:

I am not Charlie. I am Brigitte . Brigitte Bardot. It is 20 years since I stood as a patriot to warn my countrymen of the threat to my beloved France as throngs of foreigners changed our nation.

Internal enemies hurled names meant to humiliate and silence me: xenophobe, racist, bigot. Yet I stood, alone, as they charged, convicted and punished me many times for hate speech, a crime that cannot exist in a free country.

There were no rallies for my right to free speech, no cries of “I am Brigitte ”. So today, we are in siege—a deadly clash of civilizations raging in our streets, workplaces and shops. Some flee from the violence they created, but where do the French go? I am an old woman who loved – loves—my country, and fear it is gone forever. I am not Charlie. I am Brigitte . Brigitte Bardot.

See Brigitte Bardot Has Been Prosecuted Five Times In Ten Years For Inciting Racial Hatred, Inquistr.com May 11, 2014 and Brigitte Bardot’s repeated convictions for inciting racial hatred, By Michele Finck, freespeechdebate.com, April 17, 2013 for details of the persecution of Bardot—both publications think the persecution justified.