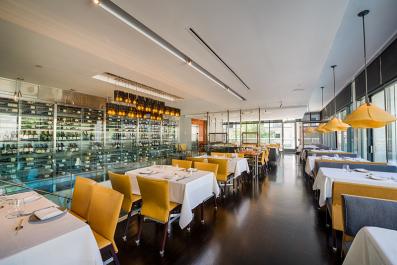 Will Elites Conspiring Against Trump Blow Up the GOP?

Earlier: An Establishment Unhinged—Trump’s Muslim Moratorium Call Brings Out The Worst In The Old Regime

"Buchanan, if you ever hear of a group getting together to stop X, be sure to put your money on X."

So, Richard Nixon told me half a century ago, after he had been badly burned in just such a futile and failed enterprise.

It was the Cleveland Governors Conference of 1964.

As the story is told, Stu Spencer, Rocky's man in California, had come to his candidate and said, "Governor, I think it's time to call in the Eastern establishment."

To which Rocky replied, "You're looking at it, buddy. I'm all that's left!"

Rocky was cooked. But then the panicked Republican governors gathered in Cleveland—Rockefeller, George Romney of Michigan, William Scranton of Pennsylvania—to plot a path to deny Goldwater the nomination he and his conservative insurgents had won.

Nixon was invited, and, according to Romney, privately urged him to get into the race. Nixon denied it.

The governors, and Goldwater himself, suspected Nixon was pushing Romney onto the tracks to derail his bandwagon. And, presumably, after Romney had been run over, the convention, to heal the bleeding wound, would turn to a centrist compromise candidate—Nixon.

"Nixon is sounding more and more like Harold Stassen every day," said Goldwater. Nixon pivoted swiftly to repair the damage, offered to introduce Goldwater to the convention, did so in a brilliant speech, then campaigned harder for Mr. Conservative than did Barry himself.

And while Nixon enlisted in Goldwater's campaign, Rockefeller, Romney and Scranton, arrogantly refusing to accept defeat graciously, crippled any chance Goldwater might have had by demanding that the platform condemn the John Birch Society as equally extreme as the Communist Party and Ku Klux Klan.

The party said no. And the establishment cut Barry dead in the fall.

Thus did the GOP establishment earn the eternal enmity of the right.

And thus did Richard Nixon emerge in 1968 as the first choice of Barry Goldwater and the centrist Republican most acceptable to the conservative movement. The rest, as they say, is history.

Which brings us to that dinner last week at The Source on Capitol Hill where Republican Party elites discussed how Donald Trump, even if he wins the lion's share of votes and delegates, might be denied the nomination in a "brokered convention."

The absurdity of such a conspiracy would be matched only by its stupidity. Has the GOP establishment learned nothing from history?

Deadlocked conventions—like the 1924 Democratic convention, which went on for 104 ballots—virtually ended with the elimination, by FDR's party in 1936, of the two-thirds rule for nomination.

That rule kept ex-President Martin Van Buren, who could not muster 67 percent of the delegates, from capturing the nomination in 1844.

After eight deadlocked ballots in a three-way contest, that Baltimore convention turned to a "dark horse," Speaker James K. Polk, who promised immediate annexation of Texas by the United States and that he would take us to war with Mexico to guarantee it.

With the two-thirds rule dead, the only way to have a convention without a nominee on the first ballot is a three- or four-way split in delegates.

Rather than wait for Karl Rove & Co. to tell us whom the party shall nominate, Trump would phone Cruz, offer him second spot on the ticket in return for his delegates, and if Cruz declined, ask for Rubio's phone number.

Candidates who have gone through a yearlong campaign, and sustained the defeats and suffered the abuse, are not going to let a Beltway cabal decide the nominee.

Carson has already warned he will walk away from the party if such a decision were imposed upon the convention.

What is left are elites, collectives of officeholders past and present, donors, lobbyists, think-tankers angling for jobs, party hacks and talking heads.

What the Republican collectivity has to realize is that it is they and the policies they produced that are the reason Trump, Carson and Cruz currently hold an overwhelming majority of Republican votes.

It was the elites of both parties who failed to secure our borders and brokered the trade deals that have de-industrialized America and eviscerated our middle class.

It was the elites of both parties who got us into these idiotic wars that have blown up the Middle East, cost us trillions of dollars, thousands of dead, and tens of thousands of wounded among our best and bravest.

That Republican elites would sit around a dinner table on Capitol Hill and discuss how to frustrate the rising rebellion against what they have done to America, and decide among themselves who shall lead us, is astonishing.

To borrow from the Gipper, they are not the solution to our problems. They are the problem.