Question: How many times over the past four years have exploitative liberal journalists and Democratic leaders rushed to pin random acts of violence on the tea party, Republicans, Fox News and conservative talk radio?

Question: What will this rabid Blame Righty mob do now that an alleged triple-murderer has singled out prominent lefties in the media and Hollywood for fawning praise as part of his crazed manifesto advocating cop-killing? 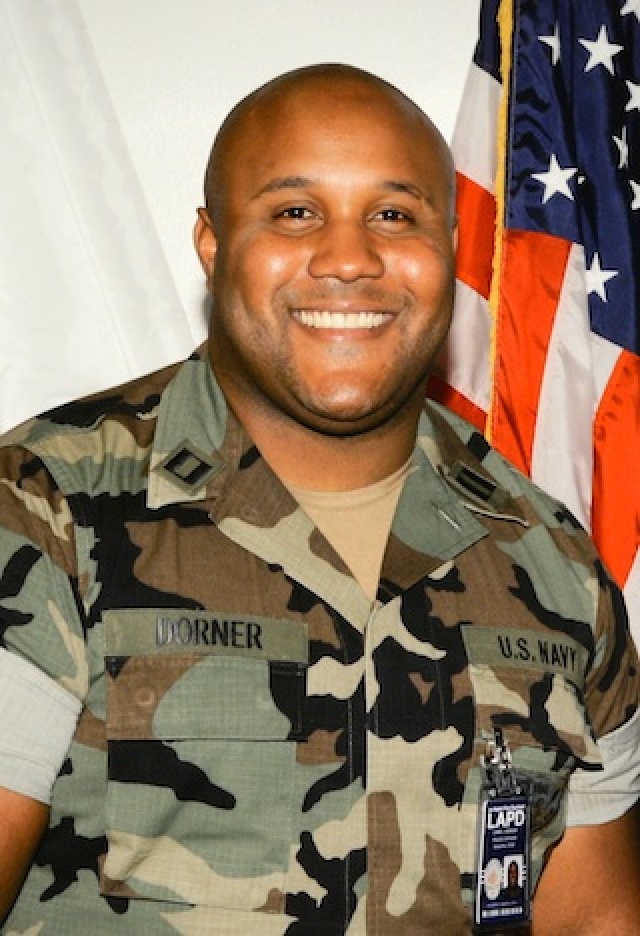 This week, former Los Angeles Police Department Officer Christopher Dorner [Pictured right] allegedly shot and killed three innocent people in cold blood. He was the subject of a massive manhunt as of Thursday afternoon. Dorner posted an 11,000-word manifesto on Facebook that outlined his chilling plans to target police officers.

There was a curious, blaring omission in both the headlines and the stories from these supposedly objective outlets, though. Dorner expressed rather pointed, explicit views of news personalities and celebrities who have influenced, entertained and uplifted him. Dorner praised stars from Ellen DeGeneres and Charlie Sheen ("you're effin awesome") to "Jennifer Beals, Serena Williams ... Tamron Hall ... Natalie Portman, Queen Latifah ... Kelly Clarkson, Nora Jones, Laura Prepon, Margaret Cho and Rutina Wesley."

The shout-outs to liberal journalists go on at length:

Dorner also offered an "atta boy" to notorious, anti-Second Amendment CNN anchor Piers Morgan, suggesting he be given "an indefinite resident alien and Visa card." Offering up his political counsel, Dorner added: "I want you to know that I agree with you 100 percent on enacting stricter firearm laws, but you must understand that your critics will always have in the back of their mind that you are native to a country that we won our sovereignty from while using firearms as a last resort in defense and you come from a country that has no legal private ownership of firearms."

Dorner reminded MSNBC's Joe Scarborough that they had "met at McGuire's pub in P-cola in 2002 when I was stationed there. It was an honor conversing with you about politics, family and life." The alleged triple-murderer also advised "Today" show personality Willie Geist: "(Y)ou're a talented and charismatic journalist. Stop with all the talk show shenanigans and get back to your core of reporting. Your future is brighter than most."

It's ridiculous, of course, to blame these journos for the deaths of three innocents in Southern California. But herein lies a teachable moment. In the sick cycle of recent politicized tragedies, the Blame Righty mob demanded that conservative media personalities and GOP politicians apologize for crimes they didn't commit; called for increased regulation of political free speech; and cranked up its decades-old machinery to stifle conservative talk radio in the name of public safety and civility. Even the remotest connection to anything right-wing was excuse enough to convict conservatives for homicidal sprees. 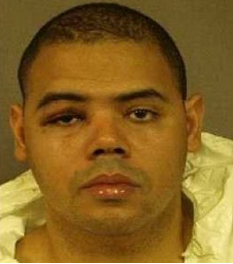 map, they have fallen silent about the stunning admission of Floyd Lee Corkins,[Pictured left]    who pleaded guilty this week to attempting to murder members of the conservative Family Research Council in Washington, D.C., last summer.

Corkins said he wanted to "kill as many as possible and smear the Chick-fil-A sandwiches (he had brought) in victims' faces, and kill the guard." How did he pick the office? From a "hate map" published by the left-wing Southern Poverty Law Center—the leading guilt-by-association witch-hunt crew targeting conservatives.

Ho-hum. Nothing to see here, move along. Be vewwy, vewwy quiet.