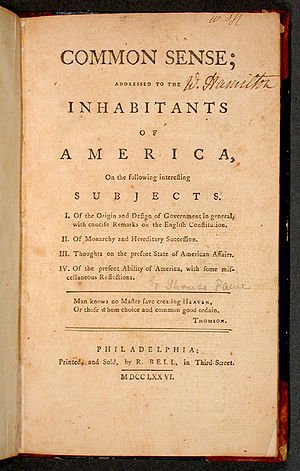 Since 1965, the population of the USA has been doubled without a vote of its citizens. While most of us never wanted this immigration invasion, our governing elite did, and there is an entire System dedicated to silencing any dissent against open borders. It takes courage to rebel against this, but luckily we have a new Thomas Paine in the form of Ann Coulter, with Adios America serving as this generation’s Common Sense.

Now, once again, the common people are being exploited by royalty. The new aristocrats are the economic elite who control

our government at all levels. It is because of these plutocrats that these illegal aliens are getting a free pass and an easy path to your money, your rights, your property and your country. And Coulter is laying out the case about how this happened and what we can do about it.

Though I’m a Democrat, I loved this book. And judging from the reviews on Amazon, which average 4 out of 5 stars out of 156 reviews despite people who haven’t read the book trying to sabotage the rating, I’m not alone.

“The thesis of Ann Coulter’s book is simple: Since 1948, a majority of white voters have voted against Democrat Party Presidential candidates. The secular-progressives cannot win the debate amongst those of us who work and actually pay federal income taxes. With voter ID laws, Democrats, especially in places like Chicago and New Orleans, can no longer stuff ballot boxes. Instead, the Democrats want to import voters, while the owners of businesses and corporations want to import immigrants to suppress the cost of unskilled labor.

And guess who gets the bill? Middle-class America.

Moreover, although Coulter's brash style does not particularly resonate with me, I have yet to hear a single advocate for unlawful immigration refute ANY of her arguments. All they do is ignore her statements and call her a racist or a hater.

I highly recommend the book. It is time for Americans to wake up. Immigration, if managed correctly, could be a positive thing. However, WE the People — those of us wake up everyday, go to work and pay our taxes — should be the one's who get to decide how our nation's immigration system works, and not the unlawful immigrants.”

As a Democrat liberal, especially on social issues such as abortion choice and drug legalization, I agree with the characterization of the next Amazon reviewer that

“Ann Coulter is a polemicist who is widely hated by Progressives of all parties (yes, there are plenty of Republican and Libertarian Progressives – as strange as that sounds) for the simple reason that she is both effective and very, very funny. Because she won't pull her punches as all polite "conservatives" are consulted to do, Progressives work frantically to get her disqualified from your consideration before you listen to or read a word she says.

There will almost certainly be a flood of dismissive “reviews” that will generically declare the facts, evidence, arguments, and history she provides as “lies all lies” without actually citing even one and demonstrating how and why it is false.

For Progressives, that Coulter challenges their agenda, their spin of history, and their cherished fables is enough to try to have her burned at the op-ed stake.

But Ms Coulter has handled all this for so long and so skillfully that it is all less than water off a duck’s back. This book will be a monster best seller and more than a few Progressives will try to attack her and fail to muster anything more coherent than “well, I don’t like what you are saying!”.

Don't let such cheap brain lint cheat you from this fun and informative read.

This book exposes the efforts by Progressives to dismantle America’s culture through a drastic change in who lives within America’s increasingly vague and porous borders and how they live once they are here.

She explains and demonstrates the massive changes brought about by the “Immigration and Nationality Act of 1965” which was sponsored by Democrats Philip Hart of Michigan, Emanuel Celler of New York, and widely promoted and expanded over the decades by Ted Kennedy of Massachusetts.

The idea was to abolish the immigration formula that had been in place since the 1920s and to rebalance the country’s ethnic composition to better reflect the rest of the world that had been denied quota allocations Democrats wanted to expand. Is it a coincidence that the newly expanded nationalities for immigration were much more likely to become reliable Democrat voters and clients of the government largesse?

She also examines the disastrous ”Immigration Reform and Control Act of 1986” that Reagan signed into law because he was promised that the amnesty granted would be the last one because immigration would be strictly controlled and illegal immigration would be stopped. Of course, the amnesty was granted immediately (see the Democrat seizing of California Politics since then) while the control portion of the law was never shown the light of day. Reagan went to his grave admitting he was still waiting on the control portion of the law to be implemented. He was swindled. But Progressives learned how to market their desire for periodic Amnesty.

When I was a child, we were taught about America as the great Melting Pot, where all nationalities enter to become Americans and assimilate into the larger American Culture with its traditional values and written Constitution while adding their own flavor to the more or less homogenous mix. No longer!

Along the way, Teddy Kennedy led the charge along with an army of radical immigration rights lawyers, judges, activists, and advocacy groups to ensure that not only did assimilation NOT take place, that it would be illegal for the government to try an enact policies to encourage it. In fact, the government would have to spend billions upon billions of taxpayer dollars to promote immigrants remaining separate and apart from the larger American Culture because it was deemed the “White Power Structure” and therefore inherently evil.

So, we got money, time, and human potential wasters such as bi-lingual education, multicultural everything enforced by bureaucracies so that it is no longer a spontaneous representation of a living culture but a government mandated power grab and spoils distribution system, and an attack on American Culture that is so comprehensive that today it is hard to find anywhere in our schools, universities, and media where it is taught in a way that would be recognizable to any previous generation of Americans.

Which brings us to the political and media fetish for “Comprehensive Immigration Reform” we have today. While Coulter does a masterful job of dismantling this in her book, we can simply note that the reason Progressives like Omnibus Bills (the large bills no one reads and only vast bureaucracies can implement what they like and ignore what they don't like) is because they can make it up as they go.

Omnibus "laws" are laws in form only but they are implemented by fiat (see ObamaCare and Dodd-Frank). In effect, Progressives can take all the wins they wanted but could not accomplish politically because they are unpopular (see how amnesty actually polls among all Americans and not just the Left) while pretending to support but not ever actually implementing the things most Americans want (such as control of our borders and the mandating of English as our national language). Basically, they want to repeat the 1986 swindle in modern dress.

Get this book, read it, share it, buy a few and give them as gifts, and – most of all – discuss it with friends. Of all political stripes. Heck, discuss it with some who aren’t friends and just have fun mixing it up a bit.

[Get This Book, read it, share it, discuss it and enjoy the fireworks, by Craig Matteson, Amazon, June 1, 2015]

“God Bless Ann Coulter. I wish to remind her critics that wil never read her book and try to smear her to shut her up, that even heaven has a border and an angel at the gate!

I say that as a liberal on many issues and a registered democrat who has wanted less legal immigration and zero illegal immigration for years. Immigration is a racket, a transfer of money from labor to capital. It is a way billionaire open border globalists can profit and then pass on all the social, economic and environmental costs of immigration to our communities.

The democrats used to have sane immigration policy. As recent as 1995, Democrat Congresswoman Barbara Jordan led the bi partisan congressional commission on immigration which concluded immigration hurt working Americans and recommended we have less legal immigration and zero illegal immigration and provided a dozen commonsense solutions, all of which then president Clinton applauded, yet never implemented.

Now we live in a world where billionaire globalist have bought both parties and the media and call for endless amnesties and increased legal immigration while we have almost 100 million out of the workforce and nearly all net new job growth going to immigrants since 2000.

The globalists have spent over 1.5 billion with their allies in academia, big business, ethnic advocacy groups, leadership of the churches , the chamber of commerce and think tanks and public policy groups trying to shove another amnesty down our throats since their last attempt failed.

God bless Coulter for speaking out. We are not a nation of immigrants, we are a nation of citizens that have been betrayed by both political parties and the media for decades on immigration”.

[I am a democrat and loved her book, I bought it on her website so I could get her autograph by MRHULOT, Amazon, June 1, 2015].

So what to do now? None of the presidential frontrunners are emphasizing the immigration issue like they should. And it’s high time for patriots to pick one who will, certainly someone other than Hillary Clinton or Jeb Bush.

Is it time for a new party? John C. Fremont was the first Republican who ever ran for President in 1856. Four years later, Republican Abraham Lincoln was President.

There’s a more troubling question. Are we on the verge of a Civil War? If Coulter’s dire prediction that the Left’s plan is to turn our country into just another part of the Third World comes true, we may well be.