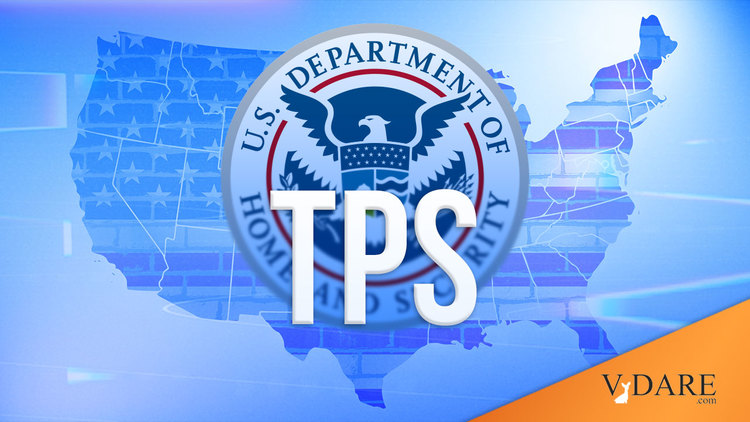 I'm looking far into the future, November 2012 to be exact. And I see trouble for President Barack Obama's reelection prospects.

Unlike the Main Stream Media, which ties Obama's sinking popularity to his health care fiasco and his radical Democratic agenda, I detect a third problem even more insurmountable. All three rolled together may be more than Obama can overcome.

Obama's biggest blunder is Temporary Protected Status for Haitians living illegally in the U.S. It's a political miscalculation far greater than his health care bumbling.

Remember that back a year ago health care was popular among the majority. Then, Congress talked it to death and scared Americans away with its price tag and bureaucratic red tape.

But Obama has no-one to point to except himself for giving TPS to approximately 200,000 Haitians. It is a gamble so ill-conceived that it will likely cost Obama Florida's 27 electoral votes.

Becoming president without carrying Florida is tough. Since 1928, only two presidents have been elected without winning Florida: John F. Kennedy (1960) and Bill Clinton (1992).

Before getting on with the specifics of how TPS may doom Obama, let's analyze how Obama got himself into such a mess.

To start at the beginning: Obama, although he's been elected to the U.S. Senate and the presidency, has one overriding problem that he can't correct: he's an inept politician.

Complicating Obama's political shortcomings is that he's surrounded by advisors like Rahm Emanuel who consistently steer him wrong.

With the headlines in every major newspaper declaring that the Democrats are in turmoil, the Main Stream Media describes Obama as "defiant." [Obama, with Defiant Tone, Vows to Push Agenda, by Sheryl Gay Stolberg, New York Times, January 22, 2010]

Instead of digging in and ignoring the obvious message Scott Brown delivered—that Obama makes the nation nervous—he should put himself through period of sustained introspection.

First, if Obama were to submit himself to honest self-analysis he'd conclude that he won his Senate seat and the presidency in what can fairly be described as uncontested races.

In 2004, Illinois had to import its Senate Republican sacrificial lamb nominee Alan Keyes from Maryland.

And by 2008, the country was so sick of eight years of George W. Bush that most any recognizable Democratic candidate would have beaten Obama's weak opponent, John McCain.

Hillary Clinton would probably have been elected by the same margin as Obama, if not greater. For that matter, the pre-Rielle Hunter John Edwards likely would have won also.

Second, Obama should admit that he's possibly the least qualified president ever elected in American history. His background is exclusively academia, sitting around all day with colleagues in long, boring, unproductive staff meetings.

Presidents, as we're constantly reminded, can grow in office—although there's not much indication that an Obama sprouting is underway.

The basic lesson of politics, presidential or otherwise, is to measure the pluses and minuses of every decision.

To wit, what does Obama gain and what will he lose from granting TPS to Haitian illegal aliens?

Some Florida-based pro-Haitian advocates like the Haitian Coalition for Temporary Protected Status have sung his praises. Elitist mainstream media outlets like the Washington Post and the New York Times, already Obama fans from the outset, have editorialized ad nauseam about his "compassion".

The Haitians now spared from being deported (as if that were ever going to happen) can't vote, so Obama doesn't benefit there either.

But Obama stands to lose a great deal—specifically, Florida's electoral votes which might be pivotal in 2012.

While two years is an eternity in politics, it will be enough time for Floridians to measure what effect the "protected" Haitians have had on their lives.

Although it may be cruel to ask, in what conceivable way could the Haitians contribute to Florida?

Our Edwin S. Rubenstein in his analysis here is deeply skeptical.

Here's a snapshot of Haitian immigrants provided by the Center for Immigration Studies: 22 percent have not graduated high school while only 18 percent have college degrees, 20 percent live in poverty, 29 percent are uninsured, 46 percent use at least one major welfare program and only 49 percent own their own home.

While illegal alien Haitians also live in significant numbers in New York, New Jersey and Massachusetts, most reside in Florida—where the 12 percent unemployment rate is at a thirty-five year high.

Now Haitians, with their new temporary work permits, will enter into an already depressed job market with little chance of being hired. If they get lucky, it will be at the expense of an American citizen.

Using heroically moderate language to describe the improbability of the Haitians finding employment, Amy Stark, the Florida legislature's chief economist said: "The timing is unfortunate. But we know, we're predicting, that this is the bottom, so things will improve from here."

"It won't be easy for the Haitian population even with the TPS exception to secure employment. It's just not easy for anybody to find a job right now." [Haitians Granted Protected Status Face Tough Job Market, by Michael Laforgia, Palm Beach Post, January 22, 2010]

So it's in Florida, perhaps more so than any other state, where disgruntled voters will get even with Obama.

By analyzing Florida's 2008 voting pattern and projecting out to 2012, it's easy to see how much trouble Obama will be in.

Obama won Florida by a narrow margin of 51 to 48 percent.

The breakdowns are more telling. Obama edged out McCain in the 45-64 age group by five percent. But those voters represent the demographic most disillusioned by Obama's failed presidency and will therefore probably abandon him.

Among 65 and older voters, Obama lost by eight percent. Obama should anticipate further erosion in that total since senior citizens are convinced that he wanted to cut their Medicare benefits.

As for black voters, the ones most hurt by Haitian immigration and TPS, they normally have an erratic voting pattern, going to the polls only infrequently. They showed up for Obama's historic 2008 election but are unlikely to feel as motivated in 2012.

As Steve Sailer said in his comments on Obama's State of the Union address, Obama is simply not a very good politician.

Immigration generally and TPS specifically are a "no win" for him. But he forged ahead anyway. Now he must face the consequences.

Without Florida, Obama will be booted out of the White House.