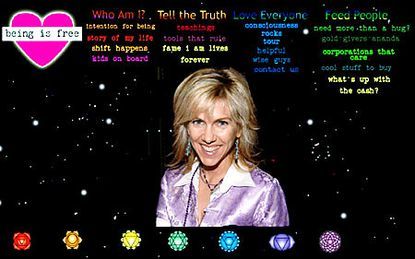 Rielle Hunter as the Alma Mahler of our Age of Brass

McInerney's friend Bret Easton Ellis then borrowed "Alison Poole" and did terrible things to her in American Psycho, then had her come back and play a larger role in Glamorama.

Story of My Life tells of the breakdown of a NYC party girl, whose friends all tease her by singing Elvis Costello's "Party Girl:"

Alison, I know this world is killing you. Oh, Alison, my aim is true.

Story of My Life is often criticized as being "just like McInerney's Bright Lights Big City except it's about a girl." But, first, being just like Bright Lights Big City is nothing to sneeze at—I like McInerney's debut novel better than Evelyn Waugh's similar Vile Bodies. I've felt that McInerney's best books are often underrated because he works hard to make them easy on his readers. With Waugh's formal prose style, it's easy to see his craftsmanship. In contrast, McInerney works hard to make his literary prose a fast read.

Second, writing a novel about a character of the other sex is harder than it looks. Waugh only did it once, in his almost unknown 1950 novel Helen about the mother of Emperor Constantine. Similarly, Philip Roth hasn't tried it in the last 40 years. So, I was impressed by Story of My Life the two times I read it. McInerney's career seems to be idling today, so my old hopes that he'd grow into the American Waugh seem doomed, but his first, third, and fourth (Brightness Falls) novels were first-rate.

The loveliest girl in Vienna Was Alma, the smartest as well. Once you picked her up on your antenna, You’d never be free of her spell.

Her lovers were many and varied, From the day she began her — beguine. There were three famous ones whom she married, And God knows how many between.

Alma, tell us! All modern women are jealous. Which of your magical wands Got you Gustav and Walter and Franz?

The first one she married was Mahler, Whose buddies all knew him as Gustav. And each time he saw her he’d holler: "ach, that is the fraulein I moost have!"

Their marriage, however, was murder. He’d scream to the heavens above, "I’m writing das lied von der erde, And she only wants to make love!"

Alma, tell us! All modern women are jealous. You should have a statue in bronze For bagging Gustav and Walter and Franz.

While married to Gus, she met Gropius, And soon she was swinging with Walter. Gus died, and her tear drops were copious. She cried all the way to the altar.

But he would work late at the Bauhaus, And only came home now and then. She said, "what am I running? a chow house? It’s time to change partners again."

Alma, tell us! All modern women are jealous. Though you didn’t even use Ponds, You got Gustav and Walter and Franz.

While married to Walt she’d met Werfel, And he too was caught in her net. He married her, but he was carefell, ’cause Alma was no Bernadette.

And that is the story of Alma, Who knew how to receive and to give. The body that reached her embalma’ Was one that had known how to live.

There were also the painters Oskar Kokoschka and Gustav Klimt, making Alma a more impressive muse than Rielle, but, still, there was a lot more talent around in early 20th Century Vienna.