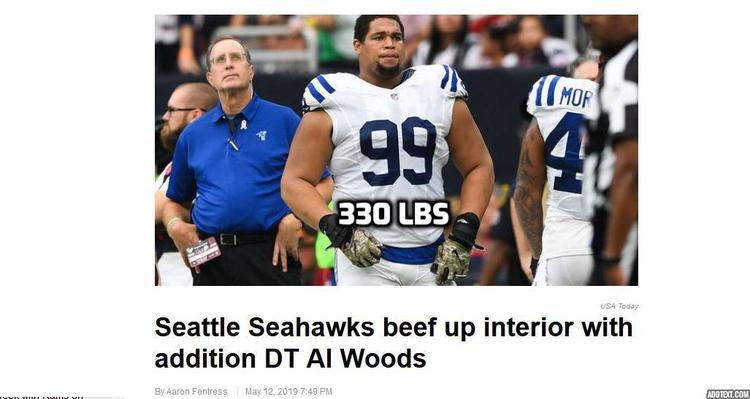 It’s only week five of the National Football League (NFL) season but team rosters already resemble battlefield casualty lists. Major injuries are benching players and dashing their teams’ hopes of making the playoffs. There is only one answer: The NFL must set player weight limits

The loss of star quarterbacks like the Steelers’ Ben Roethlisberger, the Saints’ Drew Brees, and the Panthers’ Cam Newton has dominated headlines. But injuries down the line of scrimmage have also been damaging. The Patriots, the Bengals, and the 49ers have all lost starting offensive linemen to lengthy, potentially season-ending injuries like a fractured leg in the case of 49er tackle Joe Staley.

Late last year the Washington Redskins were leading their division before losing both their starting and back-up quarterbacks to season-ending injuries. After that they won only one more game and finished with a losing record and a league-leading 25 players on injured reserve, almost half of their 53 man roster.

Football is a bruising contact sport and there will always be player injuries. More than any other team sport the game relies on brute force and physical strength, as well as speed and agility, for success. But it wasn’t always this bad in terms of the number and severity of player injuries. In the 1950s and 1960s there were many players like the all-time great quarterback Bobby Lane, who played fifteen NFL seasons without a facemask and yet escaped serious harm.

What changed? It can be summed up in two words—player size. 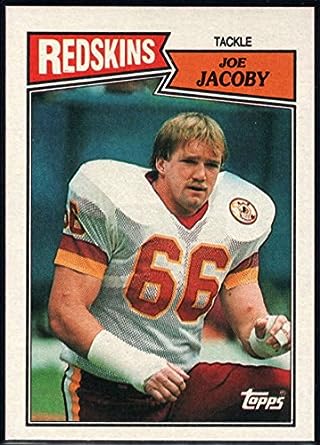 Back in the 1980s and early 1990s, the Washington Redskins were an NFL powerhouse. The Skins’ success was due largely to their huge offensive line, nicknamed “the Hogs,” that dominated the line of scrimmage. At the start of their reign in 1982 that offensive line averaged 273 lbs. The largest “Hog” was tackle Joe Jacoby, who tipped the scale at 300 lbs. [Evolution of the NFL Player, NFL Football Operations, January 17, 2015]

The lesson the Hogs taught on the playing field was not lost on other NFL teams. Fast forward to 2016. The Redskins’ offensive line now averages 326 lbs., a staggering increase of 53 lbs. in just 34 years.That same year the NFL’s smallest offensive line belonged to the Atlanta Falcons, which averaged a measly 304 lbs.—meaning most of them weighed more than Joe Jacoby.

How was this huge weight gain achieved? Through the consumption of prodigious quantities of calories and protein coupled with a ferocious regimen of weight training. NFL players are encouraged to eat between five and six meals a day plus between meal snacks that can total up to 10,000 daily calories. Oh, and let’s not overlook the widespread, largely unchecked player abuse of steroids.

The results have been both astonishing and catastrophic. Catastrophic because along with the muscle mass and weight has come the leg strength to move that muscle mass with speed. So in NFL games today you see offensive linemen crash into defensive backs who may be only half their size, or defensive lineman smashing into quarterbacks weighing 100 lbs. less than they do.

The NFL is very aware of the problem and has tried to counter it by adopting ever more arcane and complicated rules in an attempt to protect player safety. Penalties for things like chop blocks and helmet-first tackles have definitely helped, but have also left fans scratching their heads and players yelling in frustration over questionable or inconsistent penalty calls that can change the outcome of an entire game. That is bad for football.

It has reached the point that the human skeleton and the ligaments that hold it together are simply not strong enough to withstand the impact. The result is crushed ribs, broken ankles, wrists, legs, arms, knees, and shoulders, not to mention torn ligaments and serious head injuries.

Hence the only answer: player weight limits.  Such limits would be calibrated to a player’s height and phased in over time to give players time to adjust. The limits would not stop players from being hurt. But over time they would surely reduce the severity and length of player injuries, and reduce players’ use of steroids.  It would restore the game of professional football to the more balanced game of strength, skill, and ability that it once was, and benefit fans as well as protect the players.

So listen up, NFL owners! It’s late in the 4th quarter and weight limits are overdue.