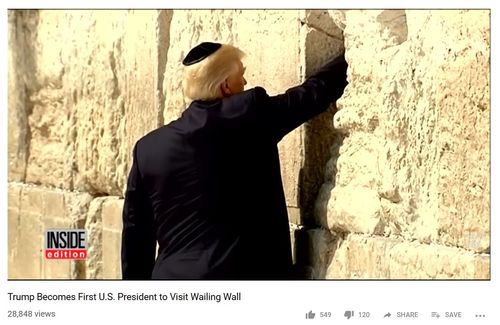 “The Walls Of The Ruler”—There Was Immigration Control In Biblical Times!

Joseph Gascoigne
A+
|
a- 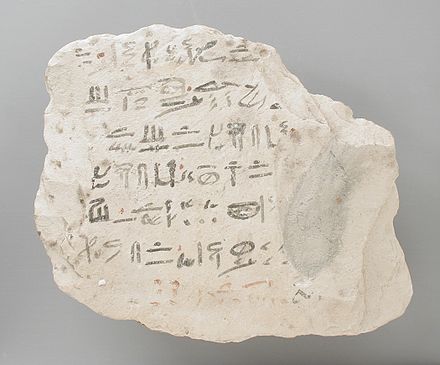 In the ancient Egyptian Prophecy of Neferti, it’s predicted that due to the king’s failure to maintain his country’s borders and keep out infiltrators, a new king would arise and take his place, one who would “build the ‘Walls of the Ruler’… to prevent Asiatics from going down into Egypt.”

“Men will build 'Walls of the Ruler,' and there will be no letting the Asiatics go down into Egypt, that they may beg water after their accustomed fashion to let their herds drink. Right will come to its place (again) and Wrong will be thrust outside; joyful will be [he] who will see (it) and he who will serve the king.” [Prophecy of Neferti, online translation, Reshafim Kibbutz webpage]

With new walls, foreigners and their herds will have to “get permission for access to Egyptian water sources rather than just penetrating Egypt’s frontier at will and with impunity as they had during Egypt’s period of political and military weakness when the border forts were not manned with troops”.  According to the prophecy, with the new leader and wall in place, “Right will come to its place (again) and Wrong will be thrust outside; joyful will be [he] who will see (it)…”

Whether that prophecy applies in a modern American context, we will hopefully find out soon. 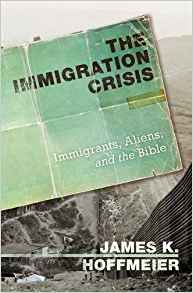 Of more earthly importance about the Neferti text is the historical precedent it sets for the President’s wall—precedent that’s not only found in other Egyptian texts but, as biblical scholar and mid-East archeologist James K. Hoffmeier has closely researched, throughout several books of the Bible as well. As Hoffmeier lays out in his 2009 study of the biblical case against Open Borders, Immigration Crisis: Immigration, Aliens, and the Bible , the Old and New Testaments are so supportive of the President’s wall, in addition to many of his other immigration plans, that religious groups who purport to base their Open-Borders position on the Bible should be summarily dismissed as scriptural illiterates or frauds. For those who take scripture seriously, Hoffmeier writes, it is Trump’s approach to immigration, not that of the American Civil Liberty Union, which deserves their support.

Hoffmeier argues that evidence from entry points into Egypt from the Sinai and other places going back to the second millennium B.C. show that the Pharaohs sought “to protect against hostile invasions and mass migrations [but] even to monitor smaller immigrant groups.” Recovered ancient tomb scenes show that these sites were very similar to our own modern-day ports of entry, with border officials depicted as granting conditional entry permits to Bedouin tribespeople. 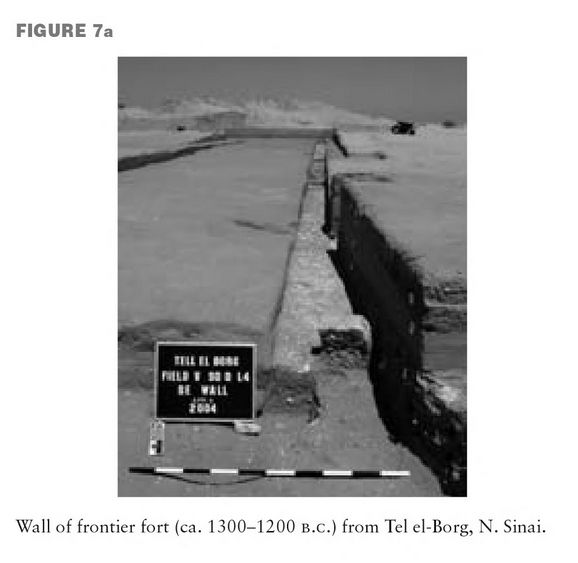 Entry conditions were no doubt taken seriously, says Hoffmeier, reminding us of the case of Abraham who was expelled by the Pharaoh for lying about his wife’s marital status, and the case of Isaac who was forced to leave Gerar for the same reason.  In addition to pointing to the highly detailed description of Israel’s borders in the Books of Genesis and Joshua—borders now of course defended by a famously successful wall—Hoffmeier shows that borders and regulated immigration was anything but a modern-day invention as so many of the globalist Left and Right like to assert:

Israel had distinct borders that God prescribed (Gen. 15:18) and are described in incredible detail in Joshua (13-19). From ancient times to the present, the borders of countries were respected, and minor skirmishes and even wars followed when people or armies of one nation violated the territory of their neighbor.

Other items on President Trump’s immigration agenda seem to have just as much biblical precedent. Hoffmeier points to the special permission granted to Joseph , an official in the Pharaoh’s court at the time, to allow in his father, Jacob, and brothers to enter Egypt—but only after vetting their skills and occupation and confirming they had sufficient livestock of their own. This is like Homeland Security’s recent much-denounced decision to revive the dormant “public charge” provisions, enforcing the legislative bar against new legal immigrants receiving certain welfare programs. Hoffmeier quotes theological historian Gordon Wenham’s observation that it was clearly intended Joseph’s family not become a “burden to the state.”

Regarding so-called “sanctuary” policy—cities forcing their jails to refuse to tell ICE when they plan to release criminal aliens, despite ICE showing probable cause of removability—Hoffmeier asserts it simply has no basis in scripture. Citing the Book of Joshua, Hoffmeier says

Plainly the purpose of sanctuary was for the defendant to have his case heard by an impartial body of elders. The biblical practice of sanctuary, then, was to protect the offender from vigilante justice and to ensure that he received a fair trial. Should a person come to the sanctuary who was guilty of intentionally murdering someone, he would be removed from the protection of the sanctuary and receive the punishment.

Clearly, this has nothing to do what Open-Borders religious leaders would have the US public to believe.

Moreover, Hoffmeier cites to numerous biblical passages about the sacrosanctity of obeying the law, including Romans 13: Everyone must submit himself to the governing authorities… the authorities that exist have been established by God.

Noting that there are indeed instances in the Bible of pious believers disobeying laws (“Hebrew midwives disobeying Pharaoh’s edict to kill newborn Israelite baby boys; the wise men refusing to tell Herod, who wanted Jesus killed, where they found him”), Hoffmeier argues for perspective on the issue: “Surely breaking immigration laws to improve one’s economic standard does not rise to the same moral level...”

As Hoffmeier shows, it should no longer seem surprising that the Open Borders religious groups he derides—i.e. Catholic churches looking for new parishioners or refugee “Contractors” who get paid per body by the federal government—don’t go far beyond mouthing incantations about “compassion” or the Bible’s loose references to helping “strangers” and “neighbors.”

They simply don’t have anything else to cite. The Bible does not support their agenda. It supports the President’s.

Joseph Gascoigne [email him] is an attorney in the American Northeast