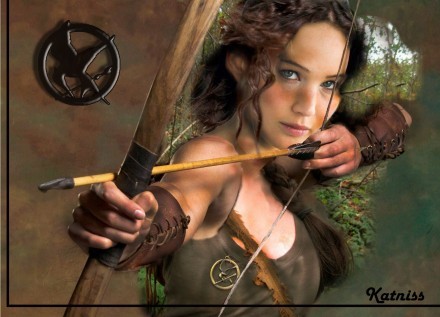 The Hunger Games, perhaps the most anticipated movie in the history of cinema, will be released Friday March 23. Continuing a trend started by J.K Rowling with her Harry Potter series, and seemingly perfected by Stephenie Meyer with her Twilight stories, author Suzanne Collins has crafted the Young Adult franchise that appears likely to top both the popularity of wizards, vampires and werewolves combined. 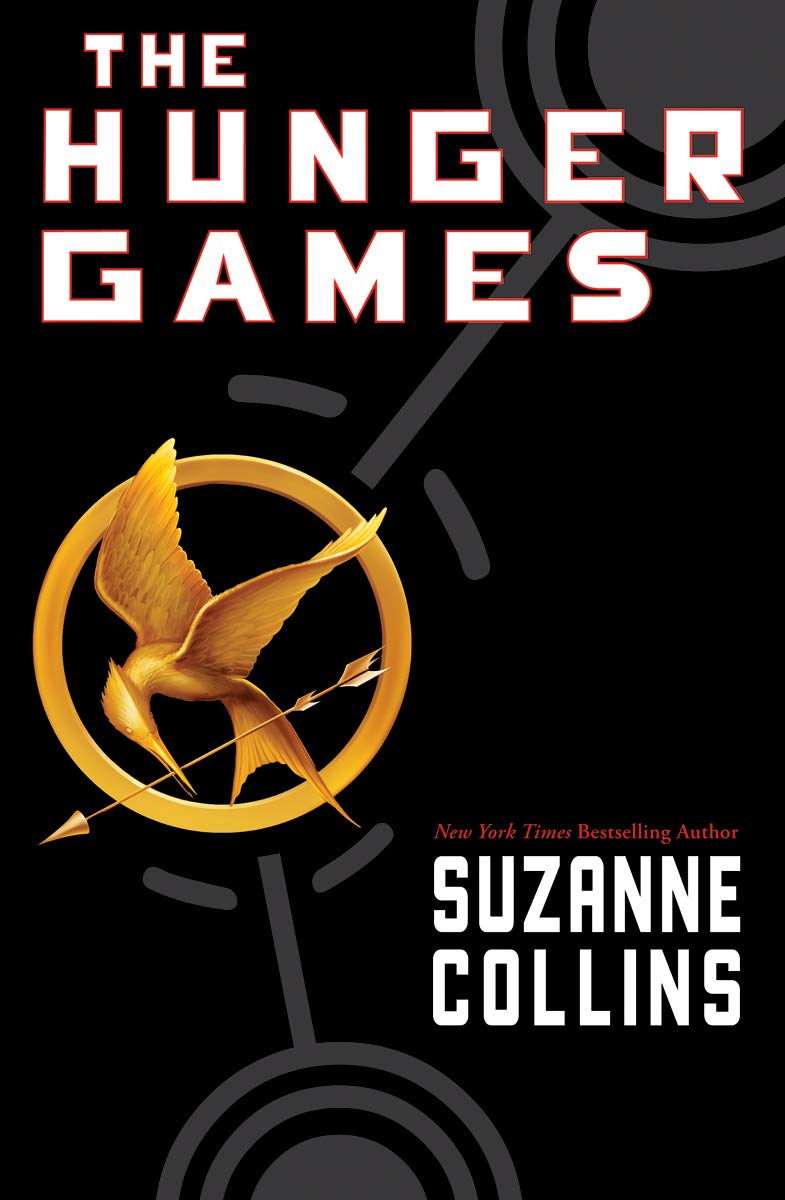 The Hunger Games, the first book in a post-apocalyptic trilogy, has been ravenously consumed by readers of all ages. It doesn’t have the supernatural elements of Rowling’s or Collins work. But it deals with subject matter much darker and sinister than any curse conjured by Lord Voldemort or torment caused by Bella choosing Edward over Jacob.

It’s never quite clear what happened to the United States of America in The Hunger Games. But what replaces the USA on the North American continent is Collins’ subject.

We learn of droughts, storms, fires, rising ocean levels, and a brutal war waged over the dwindling resources.  Ostensibly, that’s a nod to global warming and climate change. Which appears to qualify Collins’ work as distinctly liberal.

There’s no mention of religion or faith in The Hunger Games either—wouldn’t the survivors of these wars over finite resources need something to believe in? And that appears to come from the liberal playbook too.

The country of Panem has risen out of the ruins of our American civilization. The decadent and hated city of Capitol—whose residents have all the luxuries of advanced science, medicine and technology, coupled with the stylings of Queer Eye for the Straight Guy on steroids—is situated in what was the Rocky Mountain region of the American West. In thrall to Capitol are twelve Districts, each tasked with supplying the Capitol with one peculiar resource.

Seventy-four years before The Hunger Games begins, a rebellion against the Capitol by the subjugated Districts broke out. Twelve of the Districts were eventually subdued by the Capitol’s superior military technology. (Nuclear weapons are hinted at). The thirteenth District was completely destroyed.

After the defeat of the Districts, the Treaty of Treason was imposed by the victorious Capitol. This results in the eponymous Hunger Games.  As punishment for the insurrection, one male and one female child is picked from each District to compete in this yearly event. These 24 individuals—Collins dubs them “tributes”—fight to the death, all broadcast on television for the enjoyment of the Capitol’s citizens.

Hunger Games’ heroine is Katniss Everdeen, played by Jennifer Lawrence, one of the 8,000 residents of District 12. At the tender age of 16, she volunteers to take her beloved younger sister’s place as one of the two children selected to compete in the 74th Hunger Games.

Ah, obviously another in a long-line of “butt-kicking” girl-power movies! A Sandra Fluke on the big screen! Katniss is just a younger version of Quentin Tarantino’s “The Bride” from the Kill Bill films!

But that’s not true either.

The residents of District 12 barely subsist on a diet of occasional bread. The residents of the Capitol enjoy opulent feasts at the push of a button. Hence the origins of the term “Hunger Games”.

Early in the book, the heroine Everdeen notes the brutal truth about what the Hunger Games symbolize:

Taking the kids from our districts, forcing them to kill one another while we watch—this is the Capitol’s way of remind us how totally we are at their mercy. How little chance we would stand of surviving another rebellion. Whatever words they use, the real message is clear, “Look how we take your children and sacrifice them and there’s nothing you can do. If you lift a finger, we will destroy every last one of you. Just as we did District Thirteen.”

To make it humiliating as well as torturous, the Capitol requires us to treat the Hunger Games as a festivity, a sporting event pitting every district against the others. The last tribute alive receives a life of ease back home, and their district will be showered with prizes, largely consisting of food.

“It is both a time of repentance and a time for thanks,” says the mayor of District 12 of the festivities that the Capitol mandates for all Districts before the start of the Hunger Games.

The world of Panem is brutish. Life seems devoid of all reason or hope. The Districts’ children are sacrificed in a ritual humiliation, satisfying the depraved urges of the maniacally surgically-enhanced Capitol residents. (Collins depicts skin piercing, augmentation, and plastic surgery gone to the Nth degree, with Capitol citizens having their skin bleached exotic colors, whiskers sewn on their faces, and other strange surgeries that seem straight from the fertile imaginations of current Bravo or E! producers).

Full disclosure: I don’t think that Collins has crafted a political book in a liberal vs. conservative sense.

Thus Glenn Beck’s The Blaze.com found it hard to label the book’s message as either anti-capitalist, anti-state—or just a critique of our current reality TV obsessed culture, which author Collins credits as the origin of The Hunger Games concept.

But what if the book is just a mirror of the United States circa 2012?

We are coerced to believe that global warming is the greatest threat to our future: Collins has made it the source of our civilization’s ultimate demise. A war on religion is being waged at every level of society: in the future, it doesn’t even exist. And, of course, “girl-power” is the motif of the day.

This weekend, tens of millions will flock to see a movie that is, at its basest level, just a story about 24 kids trying to kill one another. What does that say about us?

And what if it is something more?

Out of all the words written about The Hunger Games, I believe Counter Currents’ Gregory Hood has been able to distill the real message of Collins work:[Links added by VDARE.com]

[W]hile centrally produced and disseminated by a culturally destructive elite, a truly popular story can’t help but reflect deeply embedded archetypes or widely shared sentiments, even those that are suppressed or forbidden by the people themselves…

Rather than grim faced blonde Herrenvolk oppressing the colored masses of the Districts, Collins presents an exaggerated portrait of our own progressive elites. They are effeminate and hysterical physical weaklings with pointless lives. The complicated edifice of power reaches its zenith not in a black-garbed order of Übermenschen fanatically dedicated to an occult quest, but in a contemptible menagerie of spoiled sexual deviants that give themselves cat whiskers and brightly colored wigs to look “attractive”…

Rather than Nazis or even old school Communists, the oppressive Capitol society seems composed of liberal arts graduate students, part time workers at feminist bookstores in Portland, and a sprinkling of the wealthier members of Occupy Wall Street. Panem has somehow reversed Hegel’s master-slave relationship — the one who is unwilling to risk his life for honor has become the master.

Selectively controlled technology makes it possible. The Capitol’s media manipulation, genetically engineered creatures, warplanes, and hovercraft remind the reader of the current Hollywood Imperium’s unmanned drones. In contrast, Katniss is a poor and uneducated white huntress, precisely the kind of person sneered at nightly by the likes of Bill Maher or Jon Stewart Leibowitz. Hailing from the Appalachian coal country, she is from the one group that our own society despises beyond all others.

The Districts are contrasted with the Capitol because they produce actually useful products and necessities for life. Workers here are willing to risk their own lives in dangerous jobs to secure food for deeply loved families and friends. Meanwhile, those connected to the system can wallow in pointless luxury…

The name of the country itself says it all: the point of Panem is consumption—the pursuit of happiness, in its most degraded form. Rather than some departure from America, the Capitol is contemporary America taken to its logical conclusion. Neither market worshipping conservatives nor trendy lifestyle liberals should be comfortable with the results.

Those of us who consider the “National Question” the paramount issue of the day have—besides deciding whether or not there is an “America” left to defend—the problem of understanding how to pitch and market our message effectively.

The Hunger Games helps. Who in their right mind, reading The Hunger Games and then heading to the theater to see the film, would find any sympathy with the characters who reside in The Capitol—who indulge every degenerate fantasy at the expense of the hard work and sacrifices of the twelve (Red State) Districts’ citizens?

Collin’s book is a story of America’s potentially hideous destiny.