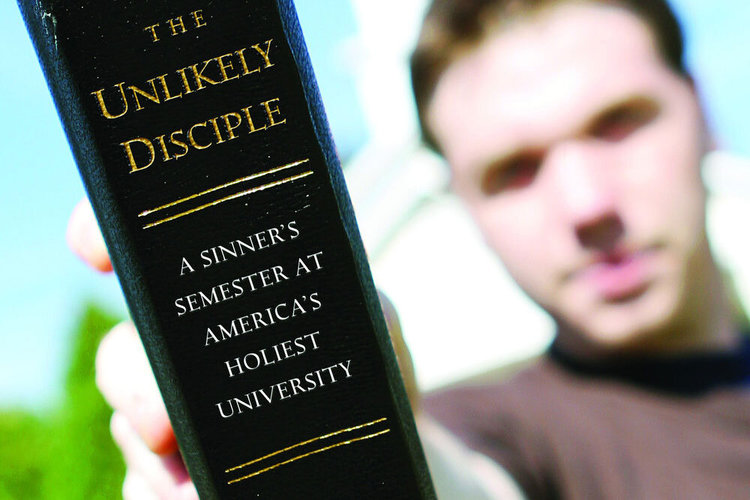 Among The Christians With Laptop And Attitude

A liberal Quaker from Providence attended Jerry Falwell's Liberty University for a semester, and has written a book about it: 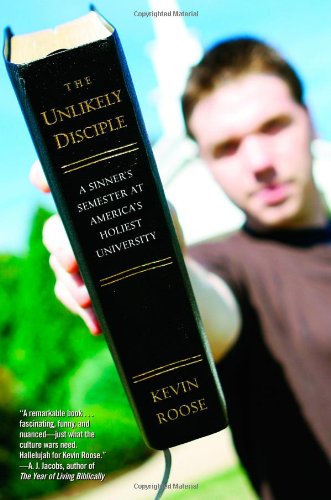 PROVIDENCE, Rhode Island – Kevin Roose managed to blend in during his single semester at Liberty University, the conservative Christian college. He attended lectures on the myth of evolution and the sin of homosexuality, and joined fellow students on a mission trip to evangelize partyers on spring break.

Roose had transferred to the Virginia campus from Brown University in Providence, a famously liberal member of the Ivy League. His Liberty classmates knew about the switch, but he kept something more important hidden: He planned to write a book about his experience at the school founded by fundamentalist preacher Jerry Falwell.

Each conversation about salvation or hand-wringing debate about premarital sex was unwitting fodder for Roose's recently published book: The Unlikely Disciple: A Sinner's Semester at America's Holiest University

"As a responsible American citizen, I couldn't just ignore the fact that there are a lot of Christian college students out there," said Roose, 21, now a Brown senior. "If I wanted my education to be well-rounded, I had to branch out and include these people that I just really had no exposure to."

Of course, what he doesn't seem to realize is that they're the normal ones, and he isn't. Why don't you meet conservative Christian students at Brown, let alone teachers? Because they're persecuted and discriminated against. The Chancellor of Liberty University, Jerry Falwell Jr, said that "We appreciate Kevin's generally positive tone toward LU but he admittedly comes from a culture that has very little tolerance for conservative Christianity and even less understanding of it,", which is about right.

What would be interesting, obviously, would be a similar book about a student infiltrating the Islamic Saudi Academy in Virginia. But not only would such a student be risking his life, since they're not just fundamentalists there, but very much pro-terrorist, but he'd have no chance of a big book contract from a major publisher like Hachette.

UPDATE: You don't often see the phrase "monster of hypocrisy" used these days, but these articles by Kevin Roose on the website of the Liberty Champion make me wonder if it should be revived.