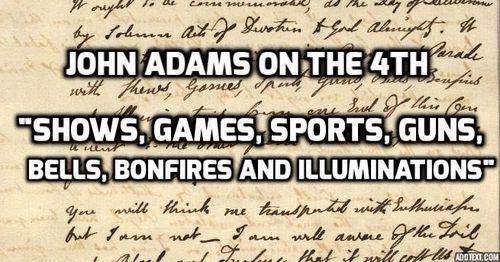 The Fulford File | Independence Day And The WSJ Edit Page

On July 3, 1984, the Wall Street Journal Editorial Page published an editorial called In Praise of Huddled Masses, which proposed an amendment to the Constitution: "There shall be open borders."

It pulled out all the economic and sentimental clichés about immigration—and completely ignored the realities of immigrant crime, immigrant welfare, etc.

In passing, it attacked Senator Alan Simpson, (R-Wyoming) co-sponsor, with Rep. Romano Mazzoli, (D.-Kentucky) of the Simpson-Mazzoli bill, without actually naming him. "[T]the 'nativist' Americans who still dominate Mountain States politics" is how the WSJ put it.

"But the Journal's hypocrisy is in concluding that, therefore, nothing needs to be done. As the conservative mantra goes, 'If it ain't broke, don't fix it.' The Journal once, in passing, proposed a constitutional amendment saying, 'There shall be open borders,' but immediately called its own proposal 'overly ambitious.' Its general position is that we should 'leave bad enough alone.'" An Open U.S. Door for Both Political and Economic Refugees By Michael Kinsley. Wall Street Journal Apr 3, 1986.

Throughout the rest of the Nineties, the WSJ recycled this editorial four more times, enough that it became a tradition:

Then, for some reason, the WSJ stopped—for ten years. No one knows why.

With the election of Presidents Bush, (Norte Nafta) America, and Fox, (Nafta del Sud) and the possibility of a huge amnesty, the WSJ started again, with signed pieces by the late, lamented, Robert L. Bartley.

But that was the last time this peculiar constitutional amendment was mentioned in the WSJ.

This time, we know why. September 11, 2001 made the idea of Open Borders so obviously dangerous that they didn't think they could possibly get away with it.

They're still in there plugging for cheap labor, though. As recently as June 20, Tamar Jacoby was trying to push amnesty by telling amnesty pushers they needed to change the name. ["Getting Beyond the 'A-Word']

We do have our own Independence Day editorials here at VDARE.com, you can read them below.

On the other hand, you could go enjoy yourself.

The day after the Declaration of Independence was proclaimed, John Adams said this:

"The fourth of July, 1776, will be a memorable epoch in the history of America. I am apt to believe it will be celebrated by succeeding generations, as the great anniversary festival. It ought to be commemorated as the day of deliverance by solemn acts of devotion to Almighty God. It ought to be solemnized with pomp, shows, games, sports, guns, bells, bonfires, and illuminations this from one end of the continent to the other, from this time forward forever."

He was right. Go prove it.

July 02, 2004 View From Lodi, CA: Pass Up The Politicians This Independence Day