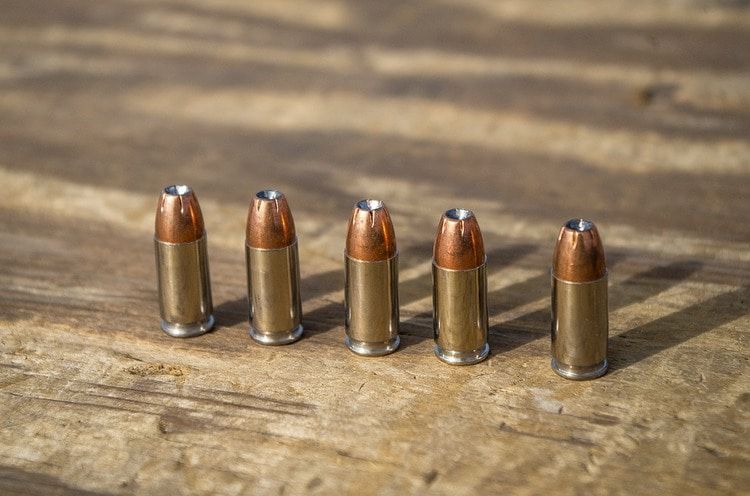 Surprise! The Treason Lobby Opposes Hollow-Point Bullets on the Border

According to the Tucson Citizen, the Catholic Legal Immigration Network, Inc, (CLINIC) [send them email] is trying to get the Border Patrol to stop using hollow-point bullets, the self-defense choice of civilians and law enforcement, and use full metal jacketed bullets, as used by the military.

According to Don Kerwin , executive director of CLINIC:

"We don't think that [hollow points] are necessary, they cause massive injuries. We were shocked to find that they're standard issue for the Border Patrol and other immigration agents.”

From a humanitarian point of view, this is stupid. Someone who is hit by controlled expansion bullets is less likely to die than someone who is struck by full-metal jacketed bullets for at least three reasons.

You can see the arguments that CLINIC has against hollow-point bullets here, in MSWord format. If I were the Border Patrol, I'd demolish them in detail. For example, CLINIC saysthat my argument (3), about overpenetration, doesn't apply to the frontera, because “[t]hese justifications do not hold true in the border area patrolled by INS agents, which is characterized by remote, unpopulated areas.” I repeat, these areas are not unpopulated anymore, they are crowded with illegals.

But, come to think of it, I don't care. Does anyone think that the Catholic Legal Immigration Network really wants the Border Patrol to win its gunfights with criminal aliens?

It doesn't want the INS (now the DHS), to pursue Arab illegals, and has accepted an award [MSWord] from the American-Arab Anti-Discrimination Committee for their anti-homeland security efforts.

It protested [MSWord] the temporary detention of Arab and Iranian illegals who voluntarily registered, saying that this “practice punishes people for complying with the law.” (In fact, temporary detention punished only those people illegally in the US, so it punished people for breaking the law, a concept that seems, er, foreign to immigration activists.)

It is trying [MSWord] to shut down Ranchrescue and the “Tombstone Militia” and is generally opposed to any attempt by Americans to defend themselves or the border.

As far as I can tell, CLINIC, a pro-immigration organization sponsored by the U.S. Conference of Catholic Bishops, has no interest in defending the border from the, yes, hordes of illegals who cross it on a regular basis.

CLINIC is simply not on America's side. I don't see why the Border Patrol or anyone else should pay attention to them.

James Fulford [email him] is a writer and editor for VDARE.com.