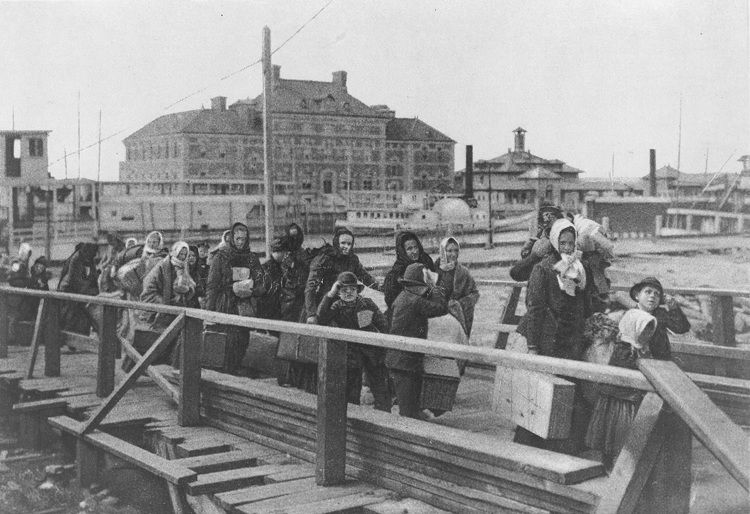 Which means that while he may now support the American side in foreign wars, and be on the side of law in the fight against crime, he maintains some of the liberal beliefs of his upbringing—above all with regard to immigration.

That being the case, it’s easy for him to get a gig at the liberal Daily Beast  sniping at ordinary conservatives, saying things like “The GOP Self-Destructs.” [October 19, 2011]

His latest effusion for the Daily Beast is indicative of this. Packaged by the Beast’s editors as GOP DISCORD, it insists that Republicans have to stop talking about immigration, because it’s not important.

This is what Medved’s Marxist former friends (or is that former Marxist friends?) call writing into the “optative mood”—i.e. if you say something loudly enough, it might come true…or at least you might bully people into thinking it’s true. Other, more objective, MSM observers have expressed surprise at just how important the immigration issue has actually turned out to be: see Immigration debate intensifies in GOP race, by Steve Peoples, SFGate, October 20, 2011; Why immigration won’t go away in 2012, by Ed Kilgore, Salon, October 24, 2011.

But in Stop Harping on Immigration![October 24, 2011] Medved claims:

“Actually, no major poll of the last year—no, not one of them—showed robust public interest in immigration. This month, CBS News asked respondents to name “the most important problem facing this country today.” Less than 2 percent came up with “illegal immigration,” while a dozen other concerns, led by “the economy and jobs,” of course, finished higher on the list. Over the summer, surveys from Bloomberg and Fox News found 3 percent and 2 percent, respectively, who identified immigration as a priority, with gas prices, the war in Afghanistan, health care, the deficit, education, and even nebulous concerns like “partisan politics” and “moral values” more frequently mentioned by the public.”

I think that leaves only the War in Afghanistan (started by immigrants on 9/11) and “moral values”—immigrants have different ones from Americans.

But it’s Medved’s language that stands out. Here, I’ve separated out the chunks of spittle-spattered sentiment from whatever minimal arguments go with them. They include:

Links added. All of which is the typical, highly emotive language of the Left. But it’s also the language of the neoconservative—who thinks that other people are getting too partisan and excited. All that’s missing is the word “screed.”

And what causes this is, not a rational analysis of the political situation, but what we at VDARE.com think of as “Ellis Island Fever.” That is, believing that modern immigrants are just like your grandfather, and that anyone who wants to keep them out is the same as the people who wanted to keep your grandfather out.

Of course, this is only the case if your grandfather was a Mexican carpenter, which not so with Medved.

Americans are on to this. A reader sent us a letter describing an encounter between Heather Mac Donald and Wall Street Journal immigration enthusiast Jason Riley on the Medved Show:

“Of course, Medved [email him] (whom I used to like, but who has morphed into one of the most vicious and arrogant neocon pundits) made no pretense of objectivity, but ganged up with Riley to attack and belittle virtually everything Mac Donald said. When Mac Donald stated that Hispanics in general displayed certain social pathologies (crime, out-of-wedlock births, multi-generational poverty) Riley claimed the opposite, citing statistics (apparently a major theme in his book) to show that illegals were incarcerated at lower rates than native born citizens and that 85% of Hispanic children are in two-parent homes. Mac Donald was unable to counter these points (as I believe she could have, with a more nuanced and careful analysis of the relevant stats and categories). Medved also jumped in—in a very insinuating ‘if you say yes it means you're a racist’ way—by demanding Mac Donald answer his questions, ‘Are you [actually] saying there is something wrong with Hispanic culture? And are you [Oh, the horror!] against legal Hispanic immigration?‘

After a long, pregnant silence, Mac Donald crumpled, and choked out a pathetic, defeated, ‘No...but statistics suggest...,’ and was quickly cut off by Medved. I could tell she wanted to make the ethno/cultural argument against mass Hispanic immigration, both legal and illegal, but she lost her nerve or didn't have it in the first place.

To give her some credit, Mac Donald did say, responding to Riley's assertion that the market should determine immigration levels, that a nation is more than just a big labor exchange. But she failed to develop this point, as she failed overall to make a strong case against illegal immigration or for reducing legal immigration. “

Another reader listened to the same show and reported

“The question he asked her, that caused such a long pause, was (paraphrasing) ‘would Mac Donald prefer an unskilled laborer from Taiwan over one such from Mexico’. Why not admit that the Taiwanese culture is probably more capable of assimilating in the U.S. since his children will be more likely to appreciate the value of education than the Mexican immigrants have shown themselves to be.

Medved is simply a dishonest jerk when callers try to voice concern about this concern.”

Medved is also the author of In defense of birth-right citizenship [January 3, 2006] in which he said that not allowing illegals to steal citizenship for the children was ‘sending an ugly, destructive message.’ In another 2006 column, written during the Amnesty Wars, he used phrases like “hysterical charges by fringe groups” and “the nativist fringe may combine with die-hard Bush-bashers” [Immigration surprise: broad agreement, not polarization, July 19, 2006]

(Note that, despite that optative mood headline, amnesty failed).

“For years, I heard people saying 'Money isn't everything.' Or 'Money isn't important,' and I had actually managed to convince myself of this. However, I discovered that my creditors had it right up there with oxygen on their list of priorities.”

Well, for someone who claims immigration is a “side issue” that “doesn’t really divide” the GOP candidates, and that “few voters consider a top priority”, it’s obvious that immigration is right up there with oxygen on Medved’s list of priorities.

But he never says why. The explanation: “Ellis Island Fever.”

Medved should take a stress pill and go lie down.