See also Do You Know All Coronavirus Victims Appear To Be Chinese? Thought Not! and  STILL No Non-Chinese Deaths From Coronavirus, But The WASHINGTON POST Wants You To Rat Out Your Neighbors Anyway

The story so far: There is still no confirmed case of the Coronavirus killing anyone other than ethnic East Asians. The Drudge Report today (February 15) features FRANCE REPORTS FIRST DEATH OUTSIDE ASIA... but the underlying story, from Bloomberg via Yahoo Finance, says the victim was an “80-year-old Chinese tourist.” Drudge, of course, is just scaring up clicks. But why does the rest of the Main Stream Media, and the medical Establishment, want to suppress a possibility that could relieve fears around the world: that the Coronavirus disproportionately impacts, and perhaps only kills, East Asians? 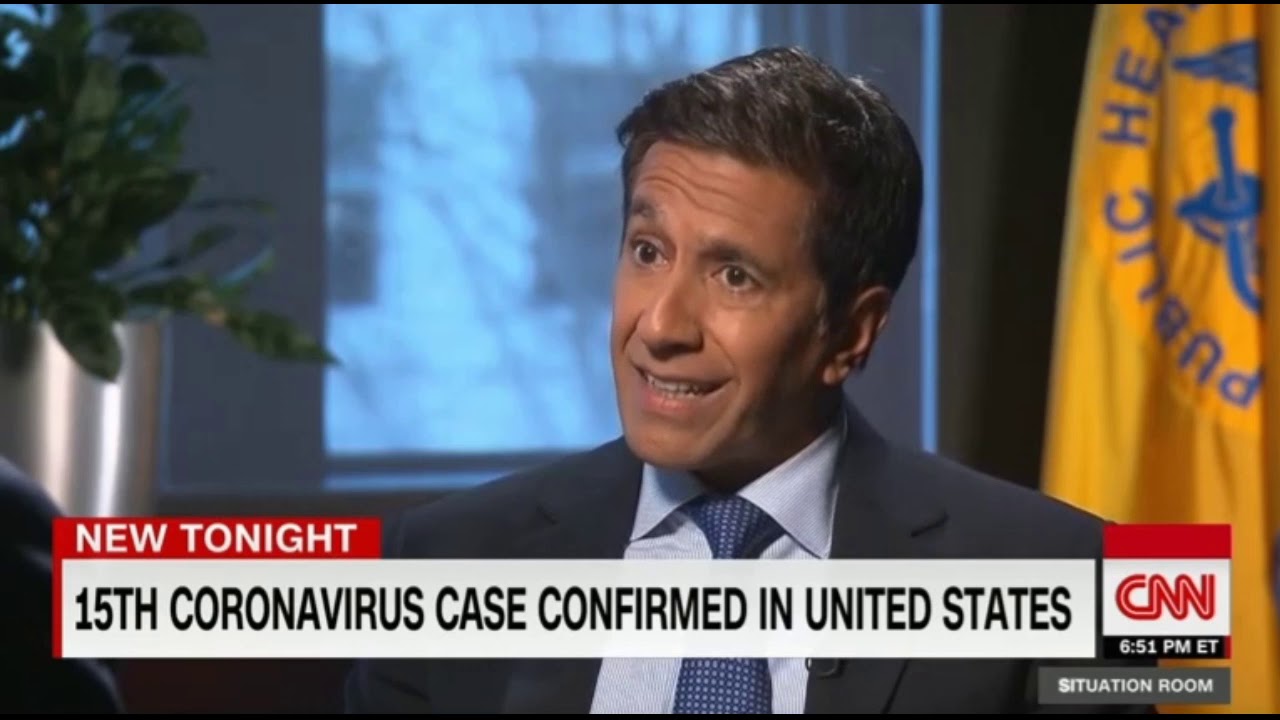 Taking the exact opposite tack to me, CNN Medical Talking Head Dr. Sanjay Gupta [Tweet him] recently asserted that Corona “doesn’t discriminate based on race. Why do we?”

Gupta put this most Woke of questions to CDC director Dr. Robert Redfield [Tweet him] in response to the Trump Administration’s having decided to, in Redfield’s words  “temporarily suspend travel into the United States from individuals who were not Americans or permanent residents who had been in the hot zone in the last 14 days.” ['It's Coming': CDC Director Warns Coronavirus To Become Widespread Throughout United States, 'Probably Beyond 2020,' By Tyler Durden, Zero Hedge, February 14, 2020].

And this is perfectly sensible if the virus doesn’t discriminate based on race, because if you have been at the epicenter of the Corona outbreak, no matter what your race, then you could carry this deadly disease into the US, and it has an equal chance of impacting every US citizen.

Except, of course, as I have been saying for weeks, the disease apparently does indeed discriminate by race. There are long-recognized race differences in the susceptibility to flu-like viruses, which is why the 1918 Spanish Flu pandemic was far more devastating to Native Americans and Maoris than it was to whites (although Spanish flu, unlike Coronavirus so far, did kill a lot of other races). And certain kinds of flu seem to be more deadly to East Asians than they are to whites.

This is why, as I—alone, it seems—have been pointing out that the 2003 SARS outbreak, about which there was a similar panic, apparently ended up killing only, or at least primarily, East Asians.

I suspect the authorities actually do know the Coronavirus discriminates by race. If they don’t, then why did World Health Organization Director-General Tedros Ahanom Ghebreyesus declare this week that he opposed travel bans? Zero Hedge quoted him in its article above:

“We reiterate our call to all countries not to impose restrictions that unnecessarily interfere with international travel and trade. Such restrictions can have the effect of increasing fear and stigma, with little public health benefit.”

“Little public health benefit”? If Corona really doesn’t discriminate based on race, then the public health benefits of banning people coming from areas where the virus is rife from entering the US would obviously be enormous. From a utilitarian perspective, they would more than outweigh the negative impact of trade disruption and a few Chinese people having to hear unpleasant remarks about bat consumption.

There’s only one way these restrictions would have “little public health benefit” and would unjustifiably interfere with “international travel and trade”—if Corona is only fatal to Northeast Asians, and merely gives the overwhelming majority of Americans who caught it an irritating case of winter flu.

If that were the case–which it appears to be–then the head of the WHO might well question the wisdom of a travel ban.

While, naturally, being unable to be honest about why.

CDC director Redfield’s fears, quoted by Zero Hedge, that the disease will become a “community virus” endemic in U.S. is quite compatible with that: it may be confined to Chinese immigrant communities.

Similarly, there was a flurry of headlines last week that an “American woman” had died of Corona in Wuhan e.g., [US citizen dies of Wuhan virus in first confirmed non-Chinese fatality, By Youyou Zhou, Quartz, February 8, 2020].  However, the Quartz story added:

Scott Gottlieb, former head of the US Food and Drug Administration, told CNBC, “We will see more cases in the US and a lot will be undetected.” He added, however, that he did not expect an epidemic-level crisis in America.

How could Gottlieb be so sure there would be no epidemic in the U.S? Perhaps partly because this virus, like all such viruses, becomes less virulent as it transmits away from the epicenter. But more important: Perhaps because there simply aren’t that many East Asians in the US—that is people who are likely to be severely affected by Corona—and they’re not going to pass it on to other Americans.

It can't be emphasized enough that the 60-year-old American who died in Wuhan was not, despite the implication of the Quartz headline, descended from people arrived on our shores in the Mayflower. She did not have a collateral ancestor who was hanged at Salem. She bears no hereditary guilt for her ancestors having held slaves in South Carolina. According to CNN:

The US Embassy in Beijing confirmed a 60-year-old American national had died on Thursday at the Jinyintian Hospital in Wuhan, while the Chinese government offered condolences for the death of “a Chinese-American.”

[China has deadliest day for coronavirus as US national becomes first foreigner to die, by Lily Lee and Joshua Berlinger, CNN, February 8, 2020].

The Chinese government may be one of the most secretive in the world. But, fortunately, when it comes to “race” they are an honest to a degree that should Americans public officials and journalists blush. And China’s honesty only confirms that this is not a virus from which white people die.

Coronavirus looks like a rerun of SARS. And quite how the fact that SARS only killed East Asians has escaped people’s attention is worth considering in this new context.

Kevin MacDonald has argued that if the social pressure, and social benefits, are strong enough then we can force ourselves—through a process called “effortful control”—to believe that lies are true and to blind ourselves to facts which are not consistent with the worldview which it is to beneficial accept [Effortful Control, Explicit Processing, and the Regulation of Human Evolved Predispositions, by Kevin MacDonald, Psychological Review, 2008].

It only goes to show how pathological our taboo on “race” has become. Race denial is so strong that possible race differences in the incidence of a disease cannot be mentioned, or even suggested.

If we want to avoid future suffering, panic and death—whether due to viruses or whatever else—we must be like the Chinese, able to talk frankly about race.

Those who would stop us from doing so—such as Angela Saini, and perhaps Sanjay Gupta—are literally a danger to humanity itself.