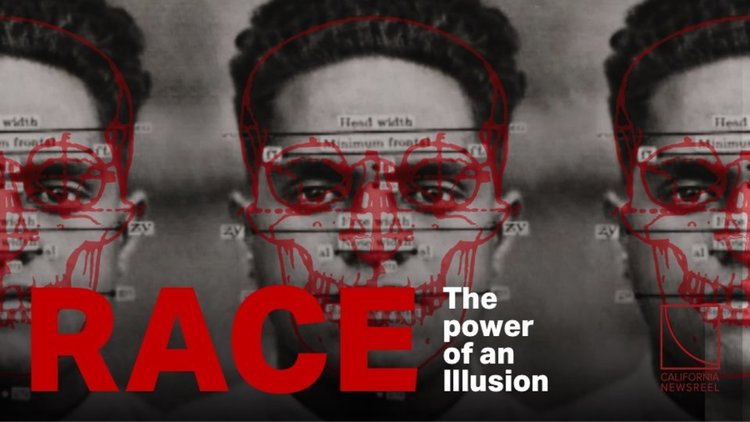 In the teeth of scientific progress, the "Race Is Not a Biological Reality" cult has gained impressive momentum among gullible media outlets.

PBS recently showcased "Race - The Power of an Illusion," a three-part documentary funded by (surprise!) the Ford Foundation. In the first episode, only a single skeptic was allowed to dispute the party line: my friend Jon Entine, the science journalist who wrote Taboo: Why Black Athletes Dominate Sports and Why We're Afraid to Talk About It.  [VDARE.Com ran his 2001 article on blacks and the Boston Marathon that the Boston Herald commissioned and then reneged on.]

Jon was allowed to offer about 60 seconds of well-considered dissent pointing out that, yes, there is a connection between race and athletic success.

So whom did PBS bring on to refute Jon and prove that blacks aren't better athletes than whites? None other than that noted behavioral geneticist, Jim Brown, the legendary Cleveland Browns running back who may have been the greatest player in football history. (And who may have the longest domestic abuse police record, too).

Why do the "Race Is Not a Biological Reality" fanatics think they can get away with lines of reasoning so consistently lunk-headed? Because they are on the side of the angels (they think.) If they cut a few corners, it's all in a good cause.

Make that the Angel of Death. These race flat-earthers are increasingly banging up against medical researchers' findings that patients' racial backgrounds matter—in both diagnosis and treatment.

This is not a fringe view. As I recently pointed out, the New York Times' genetics reporter Nicholas Wade has been documenting the medical importance of race systematically. And on May 5, the New York Times Magazine ran a fine article called "What Your Genes Want You to Eat" about the emerging field of "nutrigenomics" - the science of finding the right diet for your genes. The writer, Bruce Grierson, noted:

"At the same time, chatter around this new science has been amplified by a controversy. The idea of the biological relevance of race — even its very existence — is hotly debated. And the assumption of real genetic markers that distinguish one ethnic group from another is at the philosophical heart of nutrigenomics."

Grierson points out that lactose intolerance is found everywhere, except where people are descended from dairy farmers and herders. And there are lots of similar differences in what people can safely ingest.

For example, alcoholism is less frequent in ethnic groups like Italians and Jews whose ancestors have been drinking wine for ten thousand years or so. Alcoholism and binge drinking are bigger problems in Northern European nationalities where mead and beer were invented more recently, giving selection less time to devise defenses. Groups that only recently discovered liquor, such as Eskimos, American Indians, New Zealand Maoris, and Australian Aborigines, suffer terrible problems.

Some of the Race Has No Biological Reality ideologues are so fanatical that, rather than be proven wrong about the reality of race, they'd apparently prefer to see members of their own race die.

The first is the heart medicine BiDil, which is undergoing a large-scale clinical trial to see if the early promise it showed in helping African-Americans is valid. It has been endorsed by the Association of Black Cardiologists. But that doesn't stop Duster from showering contempt on it as just a "marketing ploy."

Maybe BiDil won't work for blacks.  But when I recall that I'm probably alive today because in 1997 I got into a clinical trial of Rituxan, the then-experimental anti-lymphatic cancer drug, well, I sure hope it's effective.

Duster was also irate that the maker of AIDSVAX, a vaccine intended to prevent HIV infection, thinks it may work among African-Americans even though it flopped completely among whites. The sample size of blacks was small, but the results still reached the 98 percent confidence level. That may sound more promising than it really is, of course. Even with useless drugs, on average two out of 100 subgroups of similar size will qualify at the 98 percent confidence level.

But the fact is that AIDS is a major killer of African-Americans - and among sub-Saharan Africans, it is a plague of proportions similar to the Black Death in 14th Century Europe. Any lead that could prevent the spread of HIV among people of African descent must be pursued. If this vaccine really does work, not to follow it up due to egalitarian dogma would be a crime against the black race of genocidal magnitude.

Two new articles on race and medicine from a leftist perspective that are more useful than Duster's are unfortunately not available on-line: "The Misuse of Race in Medical Diagnosis" by pediatrician Richard S. Garcia (Chronicle of Higher Education, May 9, 2003 [subscribers only]) and "Racial Prescriptions" by law professor Patricia J. Williams (The Nation, June 3, 2002).

Both articles start out as if the authors are against noting patients' races - but then wind up arguing (possibly inadvertently) that doctors should actually pay more attention to race, recording it more precisely than just checking a box for White, Black, Hispanic, or Asian.

Williams suggests that doctors should, when possible, "take the time talk to their patients, to ask, [and] to develop nuanced family histories."

"If by using a patient's ancestry in medical discourse we can narrow the range of possible diagnoses, then at least we must be careful to describe accurately the genetic, ethnic, cultural, or geographical variables involved; guessing what category a person fits in is not acceptable."

Agreed (of course). In fact, I'd add: doctors should not assume that the classifications used by the Census reflect genetic reality. For example, South Asian businessmen petitioned the federal government to be declared "Asians" so that they'd be eligible for minority business development loans. So Indians and Pakistanis are now officially members of the "Asian" race on the Census, where they are lumped in with the Japanese and Koreans. But genetically, South Asians are more like Europeans than East Asians. The dean of population geneticists, L.L. Cavalli-Sforza of Stanford, has determined that Indians are 2.9 times farther genetically from the South Chinese than they are from the English.

Further, the entire term "Hispanic" should be banned from medical use (and probably from government use, too). It is an "ethnic" category, not a racial one, and carries very little genetic information. It causes confusion between doctors on the East Coast (where Hispanics traditionally were more African than Amerindian) and the Southwest (where Hispanics are much more Amerindian than African). Doctors will need to learn terms like "mulatto" and "mestizo" to better serve these growing populations.

Ideally, in the future doctors will be able to sequence each patient's specific genome, eliminating the need to make informed guesses based on the patient's ancestry.

However, despite the completion of the Human Genome Project, we are still a long ways off from understanding what those tens of thousands of genes actually do. Determining the answers will be a hard slog.

So for the foreseeable future, knowledge of race will play a highly useful role in saving lives - unless PBS and the Ford Foundation have their way.

Post
Brookings: Are Africa’s Children Our Last Hope To Save Us From Demographic Decline?
MORE...
POPULAR TAGS