Send Them A Message: Immigration Patriots Must Punish Rubio And Kasich

Aside from Donald Trump, no one in the Republican Party is actually running for president anymore. They are simply running to stop Trump.  In theory, Conservatism Inc. is uniting behind Ted Cruz, as National Review has finally endorsed the Texas Senator after playing footsie for months with Marco Rubio [Ted Cruz for President, National Review, March 11, 2016]. But Cruz is all but irrelevant in the two most critical primaries on Tuesday, the winner-take-all states of Florida and Ohio. There, anti-Trump forces are demanding people exercise a complicated plan of “strategic voting” and support Rubio and John Kasich in their respective home states. 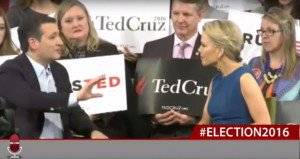 Such a plan only makes sense if Cruz doesn’t actually want to win a majority of delegates. Cruz occasionally says Trump should be defeated by the voters and that a Republican “brokered convention” would be a “disaster” . [Ted Cruz: “Donald is a disaster in the general election,” brokered convention would be bigger disaster, by Tim Hains, RealClearPolitics, March 13, 2016] However, Ted Cruz is still a corporate lawyer despite his cornpone Live Action Role Playing, and he’s leaving his options open, declaring a “contested convention” is just fine [Ted Cruz: ‘contested’ convention OK, ‘brokered’ convention not, by Dylan Baddour, Houston Chronicle, March 2016].

For this plan to work, Cruz needs Trump to lose Ohio and Florida, making it far more difficult for the frontrunner to assemble the 1237 delegates needed. For all intents and purposes, Cruz is in alliance with his so-called “Establishment” rivals. And, as Jeb!’s brother Neil Bush is now a Cruz surrogate, Cruz is part of the “Establishment” now anyway. [Bush: Why I’m supporting Ted Cruz for president, by Neil Bush, Houston Chronicle, March 10, 2016]

But for immigration patriots, the focus shouldn’t be on Ted Cruz or even Donald Trump. It should be on the two single state spoilers, Florida Senator Marco Rubio and Ohio Governor John Kasich. Both have enthusiastically championed an Amnesty/Immigration Surge. Both urge utter surrender to the Left on the most important issues of the day. And both need to be punished and politically destroyed in order for the historic American nation to survive.

Marco Rubio, of course, is the most spectacular traitor. Rubio ran for the Senate as an opponent of Amnesty and enthusiastically courted the support of grassroots conservatives such as Phyllis Schlafly. Once in office, with breathtaking speed, he betrayed them and eagerly carried out the wishes of Chuck Schumer by championing the Gang of Eight bill. [Schlafly unloads on Rubio: ‘He Betrayed Us All,’ WND, February 5, 2016]

What’s more, Rubio actively served as a left wing saboteur against the conservative movement, working to deliberate undermine right wing opposition to the bill and essentially acting as an enemy agent within the ranks of the Republican Party. [Schlafly pulls back veil on Rubio’s open-borders record, WND, February 8, 2016]

(Not surprisingly after an experience like that, Schlafly, easily the most credible grassroots conservative activist in the history of the movement, has endorsed Donald Trump. [Phyllis Schlafly Endorses Trump: ‘We’ve been following losers for so long,’ by Kerry Picket, Daily Caller, March 11, 2016]).

Needless to say, during this campaign, Rubio has been notably quiet about the immigration issue. And until recently, journalists have not pressed him. But as Mickey Kaus has pointed out, the only way politicians will actually be dissuaded from betraying voters in the future is if they are punished by the voters [No Amnesty for Marco, KausFiles, January 17, 2016]. Rubio needs to suffer not just defeat, but humiliation in his home state to ensure he won’t re-emerge as Governor at some future time.

Indeed, there’s even more at stake. As Michael Brendan Dougherty observed, nominating Marco Rubio would allow the Republican Establishment to pretend that no changes need to be made and that the party doesn’t need a course correction of any kind. [Rubio-mania is upon us, The Week, February 2, 2016] A Rubio-led GOP is simply a George W. Bush led GOP, with an actual Hispanic carrying out the donors’ agenda instead of a guy who just caters to them. No wonder one of the few primaries Rubio has actually been able to win is Washington DC.

Avowed cuckservatives like Matt Lewis once thought Rubio could be a “transformational” political leader. [What Liberals Will Say About Marco Rubio If He Wins the Nomination, Daily Caller, February 22, 2016] If he can be crushed in Florida, Lewis may still be right—Rubio will have transformed the GOP into a more patriotic party, because the politicians will know they had better not try to betray the voters again. 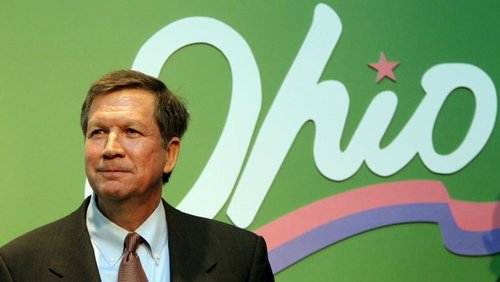 However, there’s still John Kasich. Kasich is running what can only be described as a single-state campaign. Thus far, his greatest triumph has been coming in 2nd in New Hampshire. He once described Michigan as a “must win” state, and he came in third [Kasich Loses ‘Must Win’ Michigan, Conservative Review, March 9, 2016]. Yet rather than wrapping up his campaign, Kasich is operating as a spoiler in Ohio, saying the race solely to win his home state and deny Trump the 66 delegates at stake.

Kasich is unique because he doesn’t seem to even be trying to pander to immigration patriot voters. He has specifically defended a path to legalization for illegal immigrants [John Kasich: ‘God Bless’ Illegal Immigrants, by Julia Hahn, Breitbart, October 7, 2015]. He has called illegal immigrants “law abiding.”

Finally, he promises a return to the worst foreign policy excesses of the George W. Bush years by promising more interventions in the Middle East.

If Rubio represents simply a new face on the same old agenda, Kasich is almost a parody of the Establishment GOP. He is now boasting the endorsement of former Speaker of the House John Boehner, who said he is voting for him because “he’s my friend” [‘He’s my friend’: John Boehner endorses John Kasich for GOP nomination, AOL, March 13, 2016]

Perhaps most importantly, both Rubio and Kasich have blamed the organized violence directed against Donald Trump supporters on Trump himself [Marco Rubio, Ted Cruz, John Kasich Suggest Donald Trump Responsible for Chicago Mob Hit, by Neil Munro, Breitbart, March 11, 2016] Of course, so has Ted Cruz. Yet while Cruz is simply being his usual opportunistic self, carefully trying to triangulate between far-Left protesters and his fellow Republican, Rubio and Kasich seem to have a deeply felt hostility and loathing towards Trump’s supporters. 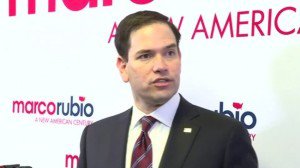 Rubio specifically denounced freedom of speech, bemoaning a culture where “everybody says whatever they heck they want.” And Kasich said it was “deeply disturbing” to see “Americans slugging each other” at a Trump rally, even though it was overwhelmingly Far-Left protesters (and self-identified non-Americans) attacking Americans [GOP Rivals Questioning Whether They’d Back Trump as Nominee, Breitbart, March 12, 2016]

The truth is that both Rubio and Kasich are disturbed by the development of a political movement where patriotic Americans, especially European-Americans, actually start responding against attacks, rather than meekly surrendering. Both Rubio and Kasich have built their careers on a defeatist model, knowingly selling out their constituents for their own personal gain.

They need to be punished for their treason to the historic American nation. Immigration patriots need to do some “strategic voting” of their own—by ending the careers of Kasich and Rubio, and sending a message to all Republicans that collaboration with Obama’s Occupation Government will no longer be tolerated.